The year is 1963, the place is a small town in France, and the protagonist in focus is a young college woman, possibly not much older than the reader of this review or the writer. A Golden Lion awardee, Happening slots itself perfectly into the box office definition of a period drama. Yet the idea that Happening is a vestige of the past is nothing but a painfully harrowing irony.

Despite being set almost 60 years apart, it’s easy — almost too easy — to relate to the subject matter, to question throughout the hundred-minute running time whether a period drama is really the perfect way to slot it. Women are unable to express their agency or exercise control over their bodies and live with being constantly scrutinized under an unforgiving microscope. Male figures morph into manipulative opportunists (so much so that at one point you find yourself seething in your seat), and medical practitioners impose their prejudices and agendas upon patients, against their will and, on one occasion, against their knowledge. So much for the Hippocratic Oath.

As a 21st-century woman squirming in her seat just watching Anne (our protagonist) struggle with the choice of giving birth to life versus saving her own life, I wish I could say it’s a choice I don’t think I’ll ever have to make. Not when the United States Supreme Court appears poised to overturn Roe v. Wade and Planned Parenthood v. Casey. Not when there are other power structures in place, universally, also in favour of this motion.  Not when the odds are more in favour of — socially, religiously, accessibly, economically — rather than against.

There are a handful of times where the title of a film is akin to a symmetrically-shaped bow tying together a jam-packed gift box. Originally titled L’événement in French (translation: the event), the film being re-titled as Happening when presented to English speaking audiences impels one to pay a little more attention to the switch. A word is used in its present continuous form when it indicates an action that started in the past, is continuing in the present and could continue into the future. For a film centred around abortion to be titled in present continuous tense and released in the current political climate is a power move all in itself.

Speaking of power moves, it’s hard to talk about them without mentioning the punches filmmaker Audrey Diwan’s direction and lead actress Anamaria Vartolomei’s acting pull. Both winners of several highly acclaimed awards, including two César Awards for best director and most promising actress respectively, the pair packs an impact that had me, on multiple occasions, gripping the armrests of my seat, engaged in an internal battle over whether to look away from or keep looking at the screen.

Though Happening starts softly, the gentle pace of the film is long abandoned after the first thirty minutes. The tension racks up in progressive sequence sets neatly jammed together between clock-ticking inter titles charting how far along Anne’s pregnancy has gotten. As the weeks progress, so does Anne’s desperation. Diwan makes sure you fully feel the rising tension, taking her sweet time with deceptively long takes that trigger anticipatory feelings, similar to when climbing the upward slope of a roller coaster and the breathlessness of tearing back down. The pace of the film leaves you reeling, but as soon as you wish for a breather, the realization dawns that Anne can’t afford a breather, so how can you crave for one?

Another directorial indulgence is close-up shots of Vartolomei’s face that, true to character, divulge Anne’s inner anguish and anxiety, as well as the excruciating physical pain the extremity of her strategies condemns her to. You don’t have to be worried about your reproductive rights to feel like you’re witnessing a glimpse of hell, the only requirement is an ounce of humanity.

The sheer amount of cinematic talent is apparent in every close-up. Vartolomei’s open, wide-eyed countenance allows access to every flickering emotion, from terror to resolve. Every terse and/or coded exchange, and every narrative left turn is what makes the film more than deserving of every accolade it has claimed.

When learning filmmaking, you’re taught to show, not tell. In a film about abortion, not once is there a dialogue that explicitly states the word. Every confrontation scene is shot from over Anne’s shoulder, making you look at the person she is talking to from her perspective. You can’t help but feel like their expressions, their judgements, and their moral superiority are all directed toward you. The opening dialogue of the film is, “Can you help me.” Throughout the entire film, you have an undeniable urge to somehow just enter Anne’s world and help her. When the curtain closes and the theatre lights turn back on, you try and remind yourself that Anne’s a fictional character. However as you’re walking out of the theatre, you’re left with a sobering reminder that the consequences of limiting access to safe medical care aren’t just theoretical but existential.

Happening isn’t a film you watch and forget once you leave the theatre — it’s a film you experience, and some experiences you carry for a lifetime. 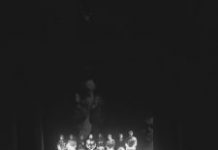 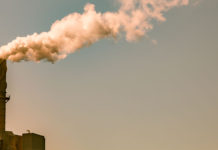