South Korean rapper and BTS (Bangtan Boys) member J-Hope (Jung Hoseok) released his first solo mixtape Hope World on Mar. 1. It hit Number One on the iTunes album charts of over 70 countries in less than 24 hours of its release.

The release of Hope World is long-awaited after the debut of two other BTS rappers’ mixtapes in 2015 and 2016. Despite having to wait longer than I would like, I was extremely satisfied with the album.

The album begins with “Hope World,” simulating an entrance into this new world that J-Hope wishes to create. It’s a bright and catchy song to dance to and sing along with. The next track, “P.O.P” (Piece of Peace pt. 1) is a pop-hip-hop combo where he talks about his wish to provide comfort and peace through his music.

Before listening to the album, I watched the music video for his lead single and third track,  “Daydream.” The combination of the ‘90s vibe bop with the bright colours and psychedelic video made me fall in love with this song instantly.

“Base Line” and “Hansang” are dramatically different than the other three songs, with much heavier beats as he shares his story and the success he’s achieved as a part of BTS. These two songs have a similar feel to the group’s “Mic Drop,” — bragging about their achievements, which I think they have all the rights to do.

The music video for “Airplane” debuted soon after the release of the mixtape, and soon became my favourite track. It is slower paced than the other songs but follows the theme of speaking about his childhood wishes of wanting to fly on an airplane, and being able to fulfill that dream due to his success. To recognize the impact the other BTS members have made in his life and career, he chose to feature them on “Airplane.” However, he begins and ends the song with only his voice, creating an even greater emotional impact.

The outro, “Blue Side” is simple and short compared to his other songs, with only three verses. It has a very surreal and nostalgic feel to it, making it a perfect ending for the mixtape.

Overall I highly recommend this mixtape regardless of your opinion of BTS as it captures J-Hope as an individual artist. This album took me on a ride, and despite having very different life experiences, I genuinely did relate a lot to all of the songs.

Hope World is available on Spotify and iTunes, and it can be downloaded from Google Drive, MediaFire, and Dropbox, links provided by BigHit’s Twitter account or under the music video on YouTube. 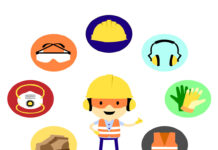