July Talk is not a band that I take lightly. They’re always on my radar, fluctuating between casual listening and pure obsession. July Talk is a diamond in the rough, one of those rare bands that is just as tight and dynamic live as they are on studio recordings. Getting to experience a July Talk concert is a rare treat indeed.

I’ve had the privilege of seeing them live four times now. The first was at Osheaga in 2014; it was my first mosh pit and one of my first concerts with my best friend. The second was at WayHome in 2015. The third was at The Edge 102.1’s small studio in Toronto. The fourth was at Maxwell’s on Oct. 25, 2016. The Waterloo show might have taken the cake not just for best July Talk show, but for best concert I’ve ever seen.

The show was opened by Australian band, Kingswood. Kingswood has opened several shows for July Talk, and their confidence was evident for the duration of their set, from their commanding entrance, their easygoing banter with the crowd, their shredding instrumentals, and their carefree swagger. The crowd eagerly greeted their edgy, garage rock sound.

Next, July Talk took the stage with the same electrifying energy that fans have come to expect. July Talk is fronted by Peter Dreimanis and Leah Fay, and they are the highlight of every show. Vocally, the two juxtapose each other. Fay is sweet voiced; she looks like Tinkerbell, and her demure voice matches. However, she has an attitude that doesn’t seem to fit her small stature. Fay dominates the stage, interacting not only with Dreimanis and other band members, but with the audience as well, by jumping into the crowd, grabbing people’s’ hands, and even serenading specific audience members. The crowd loves her, and she loves them right back.

Dreimanis is unassuming in appearance as well. However, his voice is a raspy, guttural growl, providing a tantalizing contrast to Fay’s candied vocals. Their undeniable chemistry is what makes their music so iconic, and truly pushes their concerts to the next level.

Though Dreimanis and Fay are the highlight of each show, the talent of their instrumentalists cannot be ignored. The band’s explosive rock n’ roll sound would not be possible without such a solid backdrop. July Talk’s instrumentalists are solid musicians in their own right. However, it is their cohesiveness that makes them truly impressive, mixing raw passion with technical excellence.

July Talk is good at the balancing act when making their setlists. They played songs from their new album, Touch, as well as classics such as “Guns and Ammunition”, “The Garden”, “Summer Dress”, and “Paper Girl.” This provides the ideal concert experience, giving fans a chance to revel in old favourites, while exploring the band’s new sounds.

Concerts are special for a reason. They allow us to see our musical idols in person, to interact with them, and to experience our favourite songs in entirely new contexts. Despite their acclaimed studio albums, July Talk has found much of their following on the road. It’s no mystery as to why this happened; they sound incredible, they’re wild and uninhibited, they go out of their way to interact with the audience, and most of all, it’s clear how much they love to perform.

July Talk concerts provide an experience that one doesn’t get by simply listening to their albums. The Maxwell’s show, and many of their others, sold out for a reason. If July Talk is in town, do yourself a favour and get tickets. You won’t regret it.

When history repeats itself: Monkeypox and the HIV/AIDS crisis 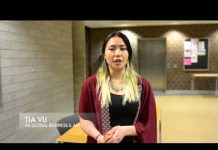 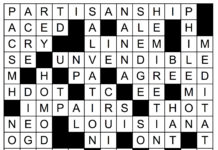 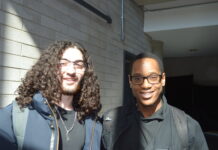