Although you may not have enjoyed the past two films in The Maze Runner trilogy and wonder whether this one may be better left alone, watch the trailer and think again.

The Maze Runner: The Death Cure, the ultimate conclusion to the dystopian series, begins by literally cutting to the chase, picking right up from the last instalment with high-stakes action and hope acting as the plot’s catalyst straight from the first scene. The original “Gladers” Thomas, Newt, Frypan, along with a couple of allies formed along the way, continue their gruelling journey to set their friend Minho free from the clutches of WCKD. Led to the Last City whilst on their search, the crew of fugitives are faced with obstacles along the way, including everything from Cranks, those infected and corrupted by the Flare virus, to members of WCKD in pristine lab coats behind heavily guarded walls. Despite the protagonists’ seemingly unending trials, they remain unceasingly loyal and undoubtedly perseverant through it all.

The film makes a comeback with a formula that followers of the series will undoubtedly enjoy, especially if they liked the first two movies. The unrelenting back-to-back action and the remarkably realistic visual effects coupled with the paradox of grandiose sets depicting a dilapidated alternate universe takes audience members on a chase for time. It brings viewers through a world of fallen buildings, fallen people, and utter devastation – everything to be expected from a future apocalypse depicted by a horrifically picturesque realization.

The Death Cure certainly caters to its existing fans, but to those who are hesitant or unenthusiastic, you may benefit from reconsideration. Although passing may be the best option if you definitely found the films mediocre at best, it may still serve to satisfy and cure your craving for closure.

Throughout the entire film, despite WCKD living up to its name thus far, one question remains in viewers’ minds: which side remains the right one? 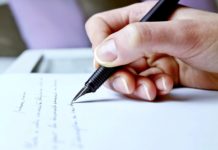 Famoso Pizza tells, but doesn’t show when it comes to good... 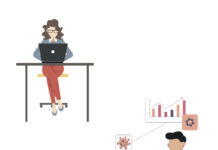