TheMuseum in Kitchener is currently hosting UNZIPPED, an interactive, multi-media exploration of The Rolling Stones. UNZIPPED, which is the world’s biggest exhibition on the band, features more than 300 objects from The Stones’ personal collection, including lyric drafts, diary excerpts, old setlists and more.

Overall, UNZIPPED is an exceptional tribute to the lives and works of The Rolling Stones. The exhibition provides a phenomenal viewing experience that immerses visitors in the world of The Stones. For both newcomers and old fans, it’s a must-see.

Toward the beginning of the exhibition, a map chronicles the band’s presence across the globe, highlighting the location of their concerts each year since 1963. This display sets the scene for the rest of UNZIPPED, which details The Stones’ widespread success in England, where they originated, and around the world.

In some ways, UNZIPPED tells the story of popular culture over the last 60 years, exploring The Stones’ influence on music, art, fashion and film.

The Stones have long been considered fashion icons, and their influence on stage wear cannot be overstated. Before The Stones, most musical groups dressed formally, sporting suits — often matching ones — and buttoned-up shirts. When The Stones emerged, they quickly began to challenge the boundaries of fashion and performance with extravagant stage outfits that took influence from historical eras and often involved pieces initially designed for women. As guitarist Keith Richards wrote in his 2010 autobiography Life, “I started to become a fashion icon for wearing my old lady’s clothes.”

A quote from vocalist Mick Jagger displayed above images of The Stones’ early looks — the aforementioned matching suits — explains: “The images you project are really important. Musicians always like to talk that it’s only about the music. It isn’t, of course. It’s about what you wear, what you look like, what your attitudes are — all of these things.”

David Marskell, CEO of TheMuseum, noted that the three costumes sections are among the most popular sections of the exhibition. Another popular section is the recreated Edith Grove flat — the home of several Stones members between August, 1962 and September, 1963.

The Edith Grove display, which was recreated from the memories of Richards, Jagger and late drummer Charlie Watts, illustrates what Richards described as a “pigsty,” with unmade beds, stacks of dirty dishes and discarded items spilling off every surface. A spread of fake mold in the upper corner of one of the bedrooms demonstrates the exhibition’s impressive attention to detail.

Throughout the exhibition, visitors can see other elements of the Stones’ personal lives, such as early lyric drafts and diary excerpts, as well as works from artists like Andy Warhol, Alexander McQueen and Martin Scorsese. “The insurance is huge,” Marskell admitted, as we passed a row of stunning Warhol originals.

The exhibition highlights the revolutionary nature of the band, from their rebellious approach to fashion to their comments on politics and pop culture over the past 60 years. Marskell explained that The Stones’ subversiveness was one reason he wanted to bring UNZIPPED to TheMuseum. “If you look at our mission statement, it begins with ‘To scan the globe for fresh cultural content and use it to stage experiences that stimulate transformative connections for our audiences,’” he said. “It’s that transformational piece for the younger audience, that they come through here and may see that their parents’ or grandparents’ Rolling Stones in a different light.”

Another major theme of UNZIPPED is the relationship between technology and art. One section of the exhibition allows users to explore a vintage music studio, while others display old instruments and detailed models of The Stones’ famously intricate stage set-ups. As visitors move through TheMuseum, they can explore the influence of changing technology on the work of The Stones and other great artists.

TheMuseum has also strived to connect the exhibition to the local community through a “Festival Strategy,” which involves a selection of partner events in the region. In a press release on Oct. 19, 2021, Marskell said, “Our festival strategy goes beyond celebrating the life and times of The Rolling Stones. It is celebrating the history of rock music and its intersection with other aspects of our lives, as we experience them today.”

In the same release, Marskell asserted that UNZIPPED could play a crucial role in revitalizing the arts and culture sector of the local economy, a sentiment he has since reinforced several times.

Additionally, in an interview with Imprint, he emphasized that TheMuseum worked with the community to bring UNZIPPED to life, saying “We started to build up the festival around the community because we wanted to share the audience, bring tourists, collaborate with whomever would collaborate with us and share that audience with hotels, bars and restaurants. We wanted to help reboot that sector and our local economy.”

The exhibition itself also pays tribute to the local music scene, with a section dedicated to local artists and venues. Performances in the region by internationally renowned artists like Lady Gaga, Kiss, Steppenwolfe and Rush, among others, are highlighted. So, too, is the work of Mel Brown, an American guitarist and major influence to The Stones who spent much of his life in Kitchener. “I find it kind of cool that people look around and then they come across this exhibit that has nothing to do with The Rolling Stones. But before the grand finale, they get to see cool moments of music in the region,” Marskell said.

Unfortunately, the recent surge in COVID-19 cases, due to the highly infectious Omicron variant, has paused the exhibition. As of Jan. 5, Ontario has returned to a modified version of Step Two in the provincial opening plan, and museums are closed until at least Jan. 26. Several festival events, such as Sticky Lyrics — a panel discussion on popular songs of the past that are more controversial today — have been postponed. 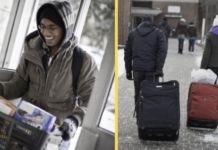