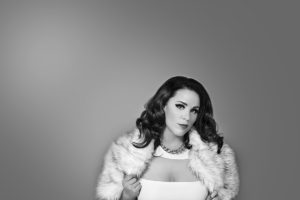 Stacey Kay sings her hear out and it’s finally paying off.

“The beginning of my career was very much a struggling artist journey. I took it very seriously and had to hold a lot of jobs at the same time,” Kay said.

Kay is a fast-rising pop and rap star in the music industry who grew up in Cambridge.

She has a booming, powerful voice and what’s been described as, ‘incredible,’ rap abilities, and she is coming home on Nov. 8 for a concert at 7:30 p.m. at the Hamilton Family Theatre  in Cambridge.

Kay started singing at eight-years-old and when she entered singing competitions she was a hit. At the time, she chose to sing country music, not rap or pop, the musical genres she sings today. After attending singing competitions for ten years, she decided to take her love and passion to the next level by going to school for music.

It wasn’t until the last five years that Kay’s been able to say that all she does for a career is sing and that’s how she makes her money.

Growing up in the ‘90s, some of her most influential artists include Missy Elliott, Christina Aguilera, and Fergie.

“Missy Elliott influenced me to be weird,” Kay said. “Sometimes raps don’t always have to be poetic, they can be crazy too.”

She also owes a lot of her rapping skills to Busta Rhymes.

“Busta Rhymes taught me how to rap. I’d always rap as a joke, but one day, I was like if I can learn this Busta Rhymes rap as fast as him, I can really call myself a rapper. Then one day, in a Walgreens in South Carolina, the employees there asked me to do ‘Look at Me Now.’ Somebody filmed it and put it online. Chris Brown [even] wrote an article about it and said some really nice things about me in it,” she said.

Kay has her own YouTube channel, which has helped significantly in not only getting jobs and opportunities in her career so far, but also with landing her an audition with America’s Got Talent, an American talent show.

Kay got the call from America’s Got Talent on April Fool’s Day and flew to Los Angeles with her band one week later.

“I couldn’t believe it, and none of my band members believed me either since it was April Fool’s Day,” she said.

Kay appeared on season 10 of America’s Got Talent in front of judges Howard Stern, Heidi Klum, Mel B, and Howie Mandel. She and her band made it to the finals.

“It was really cool to be in that environment, a high scale environment,” Kay said. “To sing for the judges, that was the most nerve-wracking part because there’s this massive audience of thousands of people. That was the only time I was ever nervous.”

Soon Kay will come home to Cambridge for her concert.

“I’m putting in extra special things because it’s in my hometown. I’ve never done a show in Cambridge before and I made sure that all the best players and musicians are available,” Kay said.

Many of Kay’s old teachers and bosses informed her of their front row tickets to her concert. Kay is ready to show her hometown everything she’s been up to for the last ten years.

And for those who aren’t familiar with Kay’s music, she knows that she can entertain newcomers as well.

You can follow Stacey Kay on her social media accounts @staceykaymusic and you can find out more about her latest updates from her website: www.staceykaymusic.com. 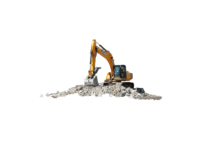