“We should not be accommodating and making exceptions,” Moon said in his public lecture Mar. 9. “If we have a ban on discrimination on grounds of sexual orientation in the provision of services within the community — and we do on race, on religion, and so forth — then there are to be no objections simply because the individual’s belief that homosexual is wrongful is grounded on religion.”

Despite the fact same-sex marriage has been legal in Canada since 2005, the Supreme Court has and continues to receive several requests by some religious groups to be exempted from sexual orientation anti-discrimination laws. Some of these groups have argued the recognition of same sex-marriage interferes with their right to religious freedom of expression as listed under section 2.a of the Canadian Charter of Rights and Freedoms.

Moon mentioned several cases brought to the courts, including a case where a publicly funded, Catholic secondary school asked the courts to be exempted from sexual orientation anti-discrimination laws in order to disallow same-sex couples from attending prom.

The problem with such an objection is that a public, Catholic secondary school is not only a publicly state-funded institution, but is not a place an individual voluntarily joins or associates with.

Although Dr. Moon acknowledges dealing with such social issues outside of the democratic process within an unelected body like the Supreme Court is not ideal, the trade-off is ensuring individual minority rights are protected and respected.

Moon is optimistic that with the radical changes occurring in both law and society when it comes to attitudes towards same sex-marriage, this socially polarizing issue will become a non-issue in the future — even within the most conservative circles. That’s why he warns of the danger of generalizing all religious groups when making the claim religious organizations tend to lag behind in tolerating and accepting societal changes.

“Progressive politics in this country and elsewhere has often been driven by religious groups and organizations,” he said. “Even within conservative, Christian communities it is changing because of course family members come out; that is the most transformative event — when you have a friend, a family member and you are affected by it. The greater the acceptance, the more people will come out within all these communities.”

With the announcement of Ontario’s new sex-ed curriculum, Dr. Moon believes teaching kids about diverse family structures — including those with same-sex couples — will help normalize the issue in the future, just as blended families, as a result of increased divorce rates, have been normalized in society over time. 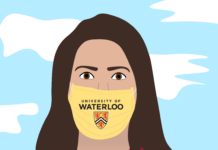 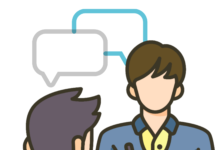 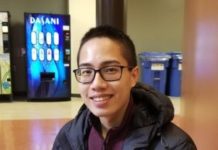