Do any of you guys watch Portlandia? Portlandia is a TV show centered around the brilliant Fred Armisen and Carrie Brownstein, using their almost chameleonic abilities to slide into roles satirizing various characters found around America’s favourite hipster city. Anyway, the reason why I’m asking is because if Abe/Erb is Uptown Waterloo’s answer to hipsters at night, Settlement Co. fuels them during the day. With beautifully composed coffees, chai lattés, and chalkboard art, I set out to uncover Uptown’s latest, hippest offering.

Crowded from the minute I walked in, it was difficult discerning exactly how everything worked. I learned the hard way that you not only have to order at the counter, but carry your order as well, which doesn’t sound so bad — until you realize just how freaking heavy their cutlery and plates are. I could immediately see the liabilities that could instantly be solved by using a tray. Carrying a clunky wooden chopping board containing your meal, along with balancing a hot and heavy beverage-filled cup, while charming, hardly makes maneuvering the tiny space any easier.

Unfortunately, things didn’t get much better once my companions and I received our order. The staff failed to inform anyone in the back room that the space was booked for an event, so cramming everyone seated in the largest seating space of the restaurant to the teeny-tiny front entrance area was a huge task in and of itself. By the time my friends and I were finally comfortably seated, the food had gone cold, and everyone was understandably unimpressed. Yes readers, feel the salt from my words.

After what felt like eons and getting to try the soup, sandwich, and toast that I’d ordered, I found myself unsurprisingly rather disappointed. The kale and spinach soup tasted like plain, cream broth, and a whole lot of nothing else, clearly suffering from a lack of seasoning. The toast had gone cold and hard as a result of the seating fiasco, so even this was hardly enjoyable. Although the butter and cinnamon were a cute idea that harkened back to childhood, was it really worth $4 plus tax? Finally, the Muffaletta sandwich was the first decent thing on the menu: a mix of salami, cappicolo, prosciutto, and roasted red peppers with mozzarella, it was actually pretty tasty but it came at a price — $8.60 for a sandwich, with no sides. The icing on the cake was an overly-milky chai latte that was the same as every other mediocre chai latte I’ve had in my life; colour me unimpressed, once more.

The one thing I can take away from my experience at Settlement Co. was: they tried. Although Settlement Co. is understandably popular due to its novelty, décor, and unique (read: toast) menu offerings, its price point alone is enough to make me stay at home and make my own darn toast from my own darn toaster. The moment I just about lost it was when I turned around in all the hubbub of the seating fiasco, and my eyes fell on a bearded fellow rocking a twirled mustache and spectacles. He might be the type of person happy being there, but I knew I wasn’t, and I won’t be unless I reaaaally have to be. 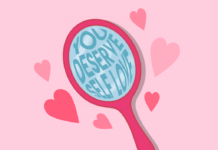 The myth of beautiful 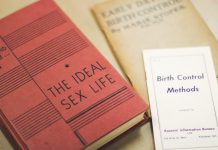 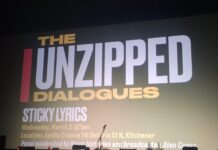