Male students and faculty members at UW’s school of computer science often make misogynistic comments and microaggressions towards female colleagues and classmates according to the Women in Computer Science (WiCS) committee.

There were times where Falah Shazib, former chair of the WiCS Undergraduate Committee, experienced implicit discrimination during her co-op terms for the computer science program.

“I was the only girl on my team at co-op, and we were developing a hardware device involving eye tracking. It wasn’t working properly on me, it was really messing up my work and I wasn’t sure why,” Shazib said.

“It turns out it wasn’t properly working on me because I have longer eyelashes than the rest of the team.”

“I don’t think they purposefully said ‘Oh we won’t change anything for your longer eyelashes’,” Shazib said.

“It’s not like they were inherently sexist with their thinking, it’s that since the team were all men, they had a bias towards it.”

Caroline Chen, the chair of the WiCS Undergraduate Committee for this term, said that most of the sexist comments are not right in your face.

“There’s a lot of passive moments that happen,” Chen said.

“There’s a lot of attitude thinking like ‘Oh she only got in because she’s a girl.’ This kind of misogyny still exists even in the classroom here. Especially towards jobs and stuff when interviews come around.”

“Women and non-binary students may experience implicit biases and ‘microaggressions’, more often than not, in the form of unintentional offensive comments,” Grossman said.

Only 22 per cent of the students admitted into the computer science program at UW in 2019 were women according to Maura Grossman, the faculty director of WiCS,.

“Just because your team is all men and a similar demographic, you lose a lot of valuable insight, and that later affects other people entering the field,” Shazib said.

“This is an active barrier to getting other women in because this really impacted my work and my performance.”

Shazib and Chen mentioned that intersectionality is important to stay mindful of in order to combat inequality overall.

Intersectionality is when multiple social categorizations like class, race, and gender apply to a certain individual or group.

“There’s a lot to consider, like each culture has their own barriers, stereotypes, and dis- crimination,” Shazib said.

“Yes, there will be challenges, but we shouldn’t catagorize all of the marginalized people into the same group. Bringing awareness to it is important,” Chen said.

Shazib explained some of the struggles that happen to some people, not just wom- en.

“They weren’t trying to be racist, but by excluding people in the development team who were of a different demographic, it created this environment.”

“In a lot of group environments in the workplace as well, if you’re a minority, your opinions tend to get swept under the rug until you actually make a big commotion, and then you get retaliation for that,” Chen said.

“So it’s difficult when you are the minority because you have to have a strong voice, but at the same time you get pushed back.”

The university does have a number of initiatives directed specifically towards women which encourage them to engage with the programs, although it remains unclear whether or not men feel as though they are left out.

“We get a lot of backlash in our women only initiatives. I think that something important to recognize here is that these opportunities are here for men as well. They’re

just not with the WiCS demographic, but they have a lot within their scope of reach.”

In a male dominated program like computer science, equality for women may seem out of reach.

“Currently the way the system is set up, men have more power than women. If we want to have the power of equality, they have to give some power up which is where all the backlash comes from,” Shazib said.

Although WiCS is a group that is solely marketed towards women, their events are typically open to both genders unless advertised otherwise.

“Most of our events are open to both genders, especially stuff that talked about the environment here and everything related to that,” Shazib said.

When it comes to working towards equality, one thing that is often overlooked in the discussion is intersectionality. Even if the sexist and misogynistic microaggressions and passive comments weren’t an issue, the Imposter Syndrome still plays a part in how women in computer science feel.

“When women and non-binary students look around their classes and see relatively few peers or professors that look like them, they experience the same feelings as any minority group member,” Grossman said.

If you were to be the victim of a sexist or misogynistic attitude of act, you would need to find a suitable way to handle that situation.

“Call it out, don’t just sit there and let them have that moment. It’s moments like these which are teaching moments and they might not realize it’s misogynistic,” Chen said.

“So calling them out and pointing to tell them ‘This isn’t right,’ ‘I don’t feel comfort- able with how you expressed this,’ and ‘This is what I think you should do next time,’ that could be a way to address it.”

WiCS hosts numerous events that help women in computer science learn how to handle being confronted with sexism, misogyny, or any type of discrimination from their male peers or colleagues.

“We try to equip our female and non-bi- nary participants with a variety of strategies to use, from humour, to mild question- ing, to more confrontational responses, so they can find the approach that is most comfortable for them.” Grossman said.

Standing up for yourself in confrontational situations can be nerve-wracking for many people. “To women especially, step-

ping up can be really scary at first. If you have people to help you, then you will make it through.” Shazib said.

It’s important to note that if the situation is a recurring issue, then the best thing to do to handle the situation after speaking up, is reporting it. Talk to WiCS, or the committee you fit in best with, about the issue at hand. They would then be able to send it up the chain of command.

Grossman stated that she has never witnessed any mistreatment herself, but “on the rare occasions that it has been reported, complaints have been taken seriously and have been handled in a prompt and appropriate manner, consistent with university policies.”

While speaking up for yourself and re- porting the toxic behaviour are very viable options, stopping by the WiCS office to chat and get things off your chest is also a great option. “We have office hours listed on our website and also on our door, anyone can come in any time,” Shazib said.

Working towards equality in the tech field is an ongoing journey. Until the aware- ness is spread about the issue, and people become more open minded to the situation, women need to learn how to properly han- dle these situations and how to combat this themselves. “Understand that your view of the world is definitely biased. Getting more viewpoints there will help you understand people a little more,” Shazib said. 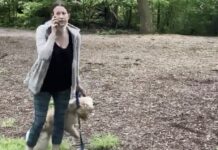 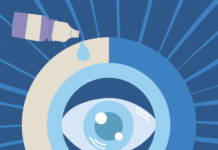 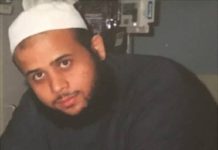