St. Jerome’s and Chartwells, the food service provider for the campus, operate a coffee shop called the Atrium that is known for being a small, quiet place for studying and drinking fair trade coffee. However, there’s now something new to the menu:  the addition of Waterloo Brewery’s Waterloo Dark and Waterloo IPA beer, as well as Seagram Apple Cider from Seagram Coolers.

“We wanted to expand menu offerings to a wider audience of students,” said Glen Lombard, director of the office of student experience at St. Jerome’s. “This isn’t to have another campus pub. It’s more of a low-key environment.”

The Atrium — soon to be officially renamed the Funken Café after Louis Funken, the founder of St. Jerome’s — is a small shop that can seat around 50 people at most. It is a place where many students go to study and get coffee and other snacks. It has a standard chair-and-table setup, as well as comfier chairs by an electric fireplace.

“The decision to add beer was recent,” Lombard said. Though it is not explicitly permanent, he said it has the potential to be: “We want students to find an experience they can’t find anywhere else on campus.”

Lombard also said that they are not working with Feds or The Bombshelter for this decision, as St. Jerome’s has its own liquor licence. They will be serving the alcoholic selection from 4 to 9 p.m. when the Atrium closes, as well as at special events like open mic and trivia nights. Lombard also wants to emphasize the variety of goods that are sold at the Atrium.

“We are refining our offerings.… The Atrium sells artisanal sandwiches, Planet Bean fair trade coffee from our SJU in Peru partners, and also the new addition of microbrewery beer.”

The Atrium is open 9 a.m.-9 p.m. from Monday to Thursday, 9 a.m.-3 p.m. on Friday, and is closed on weekends. It is accessible from the courtyard or through the ground floor of St. Jerome’s academic building. 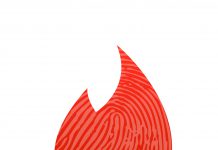 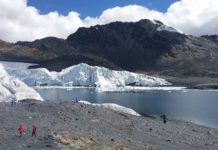