Anna De Luca, editor-in-chief of the University of New Brunswick’s student-run newspaper The Baron is under fire after recently publishing an unedited opinion piece by Michael Thurlow, leader of the white-supremacist National Socialist Canadian Labour Revival Party. The incident quickly caught social media’s attention, sparking outrage among Twitter users and UNB students. Thurlow’s article, which defended the existence of Canadian residential schools, has since been removed from The Baron’s webpage. De Luca, who justified publishing the article under the basis of “free-speech,” is no longer listed under the site’s staff list.

While De Luca’s decision is not one I would make myself had I been in her shoes, I think the magnitude of backlash she has received is not entirely deserved, at least not without some further contemplation. From her statement posted on The Baron regarding the incident, De Luca says, “when I first started as Editor-in-Chief for the Baron, my goals were … to increase readership, and … to make the Baron a welcoming space for every single opinion on God’s green Earth.” De Luca stood by her commitment to publish whatever her readers submitted, no matter how much an article differed from her own beliefs, but was giving a voice to someone who has been dubbed a “neo-Nazi” pushing this ideal too far? Perhaps, but I think it’s important to note that Thurlow’s piece was not published under the pretence of being a factual report. Here lies the question on what limits we should impose on our fundamental right we call free speech.

In our society that seems to be growing more sensitive by the day, it’s becoming harder to delineate between acceptable and unacceptable speech. While I imagine most would easily place Thurlow’s words in the latter category, I don’t think we should always just simply cover our ears when exposed to such opinions. As much as university campus environments may try to shield its student body from hurtful words, everyone is bound to face people whose ideas vary greatly from their own, sooner or later. The real world is not a safe-space utopia devoid of controversial ideas.

For as much of the population you may believe to be rational and forward thinking, there is still a substantial amount of flat-Earthers, 9/11 deniers, and Nazi sympathizers. These people exist. As easy as it is to dismiss such people as highly unintelligent, the fact of the matter is that these individuals have their own reasons for the ideologies they hold. What good does it do to silence someone every time they try to voice these beliefs? In the case of a white supremacist, many of whom believe they are undergoing “white genocide,” this may only add fuel to the fire.

I’m not saying we should allow hate speech at the dinner table, in our papers, and in our schools, but we shouldn’t always be so quick to shut down someone whose opinion we disagree with. How can students grow to be critical thinkers by only looking in one direction at all times? It’s these touchy topics, which we so often avoid, that are some of the most important topics to discuss. It’s only until we’ve heard sometimes hard-to-digest words of our opposers that we can truly be the open-minded thinkers that our society so desperately needs. 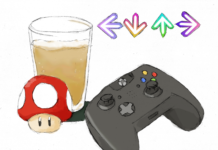 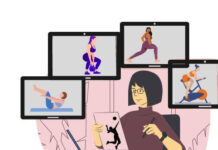