Now in its sixth year of operation, the event boasted around 1,500 attendees last year and it appeared that this year would be no different as the SLC Great Hall was packed with long lines for food tickets, the various food stalls, and a free noodle bar provided by the event sponsor Indomie. Under the glare of the festive lights, and the steam of trays upon trays of hot food, the room was dense and warm, much like the real deal markets.

“It’s definitely the biggest event of its kind,” said Tony Feng, a representative from the UWCSA. “We got our inspiration from Asian night markets.”

Night markets are typically made up of stalls selling snack food and wares in the street. During the day, the same shops operate different businesses, making their night stalls a fun alternative. Hawking and haggling happen often, giving the market a buzz of noise and vibrant energy late into the night.

“It’s a great opportunity for anyone who wants to come and experience this,” Feng said. “Come with your friends. Try some different kinds of food. There’s some culture to it. We try our best with the decorations, dim the lights a bit, add some lanterns, and make it look all fancy.”

A majority of the stalls are run by various student associations, who also provide the food, and represent students from China, Taiwan, South Korea, the Philippines, Japan, and Vietnam. Campus Bubble and Bento were also present providing bubble tea and sushi rolls.

UWCSA’s Night Market has been building in popularity and size each year since it began in 2010. Sponsorship from Indomie, an instant noodle brand, brought a free noodle bar to the market plus a photo contest prior to the event where students were given a package of instant noodles for free and challenged to take a creative photo of the prepared noodles. Prizes included an iPad for first place and $400 for second.

“We’re lucky because Indomie was very co-operative. They wanted to involve themselves more with these kind of events,” Feng said. “They sent us all their noodles and their sauces … a lot of the prizes were pretty much taken care of as well.”

The noodle bar was incredibly popular, running out of noodles twice, and a majority of the food was gone within an hour of the market opening.

As for the future, Feng sees more growth to come as the UWCSA looks to make the market bigger and bolder.

“We definitely want to grow our event,” Feng said. “It’s free noodles this year; maybe next year we get some other free foods depending on our sponsors. Maybe we can get more sponsors.” 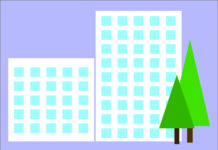 International tuition on the rise