University of Waterloo computer science students started off their 2018 with StarCon, a software engineering conference that took place from Jan. 6-7. This conference attracted people from not only UW, but people from outside at Waterloo and even from the U.S.

“At Waterloo, there are hackathons and people coming together to code, but not as [many] people [are] coming together to watch talks or learn” said Kassirer, one of the founders of StarCon. “We enjoyed going to those conferences and wanted to bring something like that to Waterloo. We also wanted to be really inclusive … the talks were so diverse that anyone could come in and learn about programming and software engineering.”

The conference hosted various topics from hacking Neopets with Kelly McBride to ransomware on computers with Dinah Davis. Participants were also encouraged to interact with each other and come up with their own topics.

“The people that came brought their energy and you could tell that people were excited and engaged in the talks and talking to each other,” Kassirer said. “Half of our speakers were first-time speakers and I think that’s really cool. Hopefully it will inspire more people to give talks.”

Kassirer enjoyed working with the StarCon team and seeing the conference turn into a success, with many people attending and giving positive feedback.

“There was so much interest that I can see something like this happening no matter what because the more that you do things like this, the more people get excited about it,” Kassirer said on bringing back StarCon.

Waterloo is a GO on CS 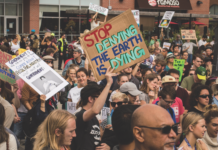 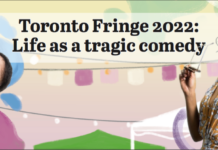