Home News Still not asking for it
Facebook
Twitter
Pinterest
WhatsApp
The annual Take Back the Night (TBTN) march to end gendered violence brought in a significant number of student marchers despite its move to downtown Kitchener, farther from the universities than last year’s Waterloo Park start. UW, Laurier (WLU), and Conestoga College (CC) were represented by groups of students and staff. 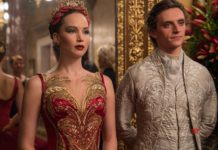 One student’s experience at TEDxUW 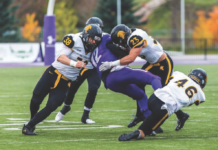