Leah Herrfort, an economics major playing the forward position on the Waterloo Warriors women’s hockey team, shows off her abilities proudly, as any hockey player should. Hockey is something she loves deeply, and Herrfort is ready to go up against any challenge and every reward it’ll give her.

“Hockey has always been a huge part of my life and I can’t imagine my life without it,” Herrfort said.

Born in Palmerston, Ont. — just 45 minutes outside of Waterloo — Herrfort has made her legacy known, not only through her success on the women’s hockey team at UW, but also on her previous team at Union College, across the border in Schenectady, N.Y.

Awards aren’t the only accomplishments Herrfort has achieved during her time on the team  — the teamwork skills and friendships she has developed have been incredibly important and valuable.

“Being on a team has taught me a lot about problem solving and working with others,” Herrfort said. “Each teammate brings something different to the table, and this makes a team stronger. Playing a team sport provides you with a support system that you wouldn’t have if you played an individual sport.”

Hockey has been a constant in Herrfort’s life. She began figure skating at the age of four, but  was inspired to don hockey skates by her older brother when she was five.

“I wanted to be like my older brother but it [hockey] soon became a place where I could be myself,” she said

No sport comes without hardship, and COVID-19 placed an uncomfortable barrier between Herrfort and hockey. She explained that the pandemic was the longest she had ever gone without hockey since after she started playing.

“The pandemic paused my hockey career for just short of two years. Our season was cancelled; we could only lift and practice with restrictions,” Herrfort said.

Yet the pandemic didn’t stop her from continuing to practice to the best of her ability, as she is always ready to ensure her games are as great as they can be.

“I like to treat my practices and lifts like a game as much as possible because games are only a reflection of how hard you work in practice,” Herrfort said.

When asked about any difficulties she has had to overcome with hockey, Herrfort talked about commitment, and what a hockey player’s schedule means not only for her, but for her friends and family as well.

“In order to play hockey you have to be willing to sacrifice some of your social life and your time,” she explained, “My parents sacrificed a ton of time and money to help me get to where I wanted to be.”

She emphasized that commitment is a crucial part of playing any sport, especially at a high level.

Hockey isn’t the only sport Herrfort has had experience with. She began playing softball every  summer when she was four and played at the highest level up to the 11th grade, when she stopped to focus on her hockey career. Recently, Herrfort has been able to pick softball up again.

“I think there is value in playing another sport in the offseason,” she said.

Herrfort hopes to continue hockey after she is done with school, should an opportunity to do so arise. She also plans to use her arts degree after university, though she’s unsure what exactly her future holds after graduation.

Online learning: the challenges faced by one engineering student at UW... 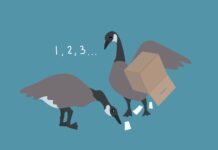