After my first year at UW, finding a new apartment to live in outside campus was both a  novel and challenging experience. I’d heard about a bunch of student residences and leasing companies across town that I could choose from, and decided to explore my options from each of them.

Cost of living and the location relative to campus were the main factors I considered while choosing accommodation, but, little did I realize there were many other factors that would affect my living experience.

Unless you live with people you know already, you don’t get to choose your roommates. One of my roommates, for example, would constantly be under the influence of something, and would occasionally argue fiercely with strangers in the apartment. This was not only distracting and loud, but also slightly worrying since I did not know what was happening.

A friend who lived in the building next to mine also had some issues with his roommate  , who was forced to leave the apartment due to possession of illegal drugs. In another student residence building on Columbia Street, there was a reported stabbing that was covered by the press. I’ve also read posts on Facebook about student housing groups where an individual had chained his room door and attached it to the floor in order to avoid paying rent, in addition to impersonating the leaseholder of the room.

Reports like these, not surprisingly, raise concerns as to whether living off campus is actually safe. I remember walking into a friend’s house one evening to find a wooden dining table being burnt in the backyard, alongside a faint sound of fire trucks approaching in the distance.  Many have told me that they never get back the initial security deposit that they pay to certain leasing companies while signing a new lease, even though it   is promised by the company.  Upon asking for the deposit back, they   respond by pointing out minor damages in the apartment ,and use those to hold on to the deposit.

In my opinion, having good landlords and roommates in Waterloo is heavily based on luck. Student-living in the city can be a bad experience riddled with discomfort and irritation, but it can also be full of adventure.

Nonetheless, it is always a good idea to look into landlords and other sources of information on the community of certain apartments and houses in Waterloo before signing a lease. You can find reviews for properties on Reddit and Facebook, and consult with Off Campus Housing at UW to learn more about what to watch out for. 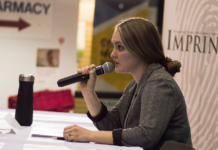