UW athletes be warned, intensive workouts may tire out more than just the muscles you’re exercising. A recent study by the School of Optometry has found that intense exercise can actually impair your eyesight.

The study monitored a phenomenon known as central fatigue, which explains why muscles begin to feel weaker as you work out. The feeling of growing weaker is based not in the muscles, but in the brain, as it reduces the signals being sent towards the muscles. Central fatigue is believed to occur in order to avoid injuring yourself, or as a method to preserve some energy in case of a fight-or-flight situation. But the study has revealed a new detail about central fatigue: the reduction of signals extends past the muscles exerting force, affecting other areas of the body as well.

The study recruited experienced cyclists to perform a cycling exercise for three hours at “60 per cent of their maximum aerobic capacity,” according to Dr. Ben Thompson, a UW optometry professor and conductor of the experiment. The participants’ eyesight was measured before and after the exercise, with conclusive results. “The speed of their eye movements decreased significantly — it was almost a 10 per cent reduction,” Thompson said.

Of course, the average person won’t be doing three-hour long cycling exercises, but these findings may be repeated in much less intensive exercises as well. While more research is required, Thompson speculated that these results could be seen in simpler exercises, especially for those at a lower level of fitness:
“All of our participants were experienced cyclists, very physically fit, so I suppose this was really the first finding of its kind. We really didn’t know what we would find when we started this study, we had a hypothesis but we didn’t know how it would work out. So how these results relate to other types of exercise, people with different fitness levels, we still don’t know. My initial speculation is we might see similar effects for less intensive exercise in people that have perhaps lower levels of fitness than the people that took part in this study.”

Fortunately for those hoping to keep their eyes sharp, there is a very simple method to avoid impaired vision: caffeine. By giving a group of participants a caffeine drink midway through the workout, Thompson and his colleagues found that not only was the eyesight of the participants unimpaired post-workout, it was actually stronger than it had been before it began. The introduction of caffeine also showed that the effects of getting tired were linked directly to the brain, as the drug creates excitement and alertness in the brain’s neurotransmitters. Thompson said that further tests are being done to determine which components of caffeine influence this change the most, as well as determining if increasing the participants’ glucose intake will affect their eyesight.

During the study’s run, vision impairment from the exercise was found to be a short-term effect, unlikely to have long-term consequences. However, figuring out the best ways to decrease central fatigue could make all the difference when you need to score that game-winning goal.

The future of BlackBerry 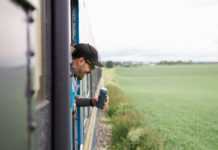 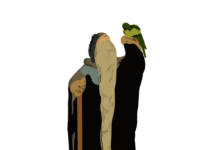