First on the agenda was the call to order, followed by the territorial acknowledgements, a motion to approve the agenda and a separate motion to approve the usage of PricewaterhouseCoopers (PwC) as UW’s auditors for the fiscal year of 2022. As quorum had not been reached at this point, motions could not be passed and the meeting moved on to approving a progress report on WUSA governance and new bylaws. However, as the report and bylaws were not yet ready, WUSA decided to hold a Special General Meeting in May to approve the bylaws.

The next item on the agenda was the societies’ proposal on compulsory fees, where students from MathSoc and EngSoc favoured using an end-of-term refund model for services run by their respective faculty societies. This push stemmed from many students not realizing that opting out of society fees at the beginning of the term meant losing the ability to attend events funded by those fees. A motion was raised calling for students to be refunded at the end of the term if they had not any of the services their society fees supported.

Discourse arose on the topic of whether or not WUSA should issue a statement on the matter, with some students noting that WUSA has not previously issued statements concerning geopolitical issues, and that former executives were criticized over attempts to issue statements on other political topics such as defunding the police.

At this point in the meeting, quorum was achieved, and previous motions raised regarding approval of the agenda, the usage of PwC as auditors and end-of-term refunds for faculty society fees, were approved.

Following the approval of these motions, the meeting moved to the next topic on the agenda — a member’s proposal for a campus goose statue.

Due to the hefty expenses the statue was expected to incur, it was proposed that either the university or the provincial grant recently given to UW to modernize infrastructure, cover the cost. One student also raised a motion to have WUSA and university marketing replace all mentions of the official mascot, “Warriors,” with “Gooses.”

However, students raised several arguments in opposition, one of which was that a forceful push on “Gooses” could damage diplomatic ties between WUSA and the university, potentially weakening subsequent advocacy efforts by WUSA. Students also noted that the change would negatively impact UW athletes, as focus on the comedic aspect of being called “gooses” might overshadow victories earned by athletes and sports teams.

Students also brought up the fact that a mascot change would not only impact the undergraduate community but the graduate and alumni communities as well, representatives of which were not present at the AGM.

To respect the differing opinions, a compromised motion passed, which stated that WUSA would use “geese” in communications when appropriate, but continue calling sports teams by the university-approved mascot of “Warriors.”

Following the motion on “gooses,” the meeting moved to the last item on the agenda: a member proposal on COVID-19 vaccination requirements. This proposal sparked intense debate on not just vaccine mandates but also on the merits of vaccines themselves. Most students agreed that they were opposed to unnecessarily harsh pandemic restrictions and in favour of improving accommodations for those who requested them. However, at this point the meeting had lost quorum, meaning no decisions could be reached. The proposal was added to the agenda for the Special General Meeting to be held in May.

Sarnovsky completes the comeback in overtime over the Lancers 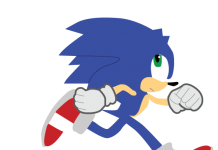 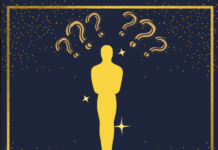 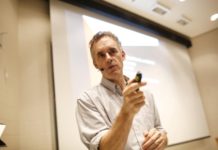