4 p.m. lecture. The subject is “History of the West Indies, 1848 to present”. My feet are sandy from an earlier trip to the beach, and my arms are goose-bumped under the blast of the air conditioning. The basement classroom is grim and musty, untouched by the sunshine that’s beating down outside.

My professor strides into class, with a booming, “Good afternoon!” Every student responds, with varying levels of enthusiasm, “Good afternoon, sir.” He unpacks his whiteboard markers and begins the lecture, outlining the problems faced by the West Indian sugar industry in the late 1800s, in his characteristically dramatic rhetorical style.

We’re almost a month into classes here at the University of the West Indies (UWI), and I’m still having a hard time putting my finger on how school here is different than school at home. Of course, it just takes a quick glance around the campus to see the many superficial differences between the two universities…

The first things that would catch your eye are the chickens. Waterloo has Canadian geese — UWI has a flock of chickens, who are just as proliferate and share a similar sense of entitlement to the campus grounds as the much-despised geese. Nobody quite knows why they’re here, but they seem to be completely at home, busily pecking the grass and crowing ostentatiously at all hours of the day.

Looking beyond the chickens, the residence buildings will catch your eye, painted in pastel greens, blues, and pinks. Both campuses were established around the same time, but their geographic distance (and recent funding) has clearly influenced their architectural styles. In place of Waterloo’s charming mix of sleek, modern glass and imposing grey cinderblock, UWI has open courtyards and breezy hallways that blur the line between outdoors and indoors. Picnic tables are equipped with electrical outlets to facilitate open-air studying. Indeed, the fountains and flowerbeds can give one the impression of being in a resort, rather than a university campus – but of course, there are downsides to everything. You’ll find no whiteboard-walls here, and the campus’ computer lab is outfitted with computers running a version of Windows so old it makes me nostalgic for childhood.

Take a right into the cafeteria, and you’ll notice another difference between the two campuses. Waterloo’s food options range from pasta to sushi, featuring dishes that originated in all corners of the globe. UWI’s caf, however, sticks to mainly Bajan fare, such as the tasty peas and rice or macaroni pie. (You might as well just forget about sushi here… at the island’s only sushi restaurant, a single California roll will cost you $24 USD). Of course, that means that there are always new foods to try, such as guava cheese (like a jujube in a patty shape), cassava chips (like potato chips but inexplicably better), and coconut sugar cakes (possibly the sweetest dessert that has ever passed my lips).

UWI’s student body is small at 8500, a far cry from Waterloo’s near-40 000 students. As a result classes are smaller, and you’re more likely to run into someone you know on a stroll across campus. Perhaps as a result of their formal, British-style school system, UWI students rarely enter a classroom without a general “good afternoon” or a greeting in kind. In contrast, though I hate to admit it, it wouldn’t be unusual for me to go a whole term in Waterloo without even making eye contact (let alone speaking with) my classmates.

There’s collegiality and fun to be found on every campus, though. To blow off steam between classes, intrepid Waterloo students stalk the campus ground with nerf guns poised in the inimitable game of HVZ, while students at UWI are more likely to gather around picnic tables for a classic (but at times very heated) game of dominoes.

But what do these differences amount to, really? A series of comparisons can’t capture the “feeling” of being a student somewhere, and anyways, when it comes right down to it, the similarities outweigh the differences by a long shot.

Students at UWI and Waterloo both seem to exist on the swinging pendulum between carefree joie-de-vivre (because we’re young and free and anything is possible!) and cold dread (because the deadlines are looming, not just for midterms but also for the ominous prospect of joining the “real world'). We live in a “best of times, worst of times” paradox which will see us waxing nostalgic about “university days” a week after graduation, even while we curse it now.

Most students (whether here or at home) are busy, but still find time for a night out with friends or a chat between classes. They’re cash-strapped, but they always have money for a few beers. At UWI you can pick up those beers in the campus mart right beside your lecture hall, while at Waterloo you have to trek a bit further, but they’re bound to be cold either way.

All this leads me to conclude, rather vaguely, that school here is quite different, yet essentially the same.

But as beleaguered students of Waterloo, you might beg to differ, because I’ve missed the most striking difference between the two campuses… so take a left at the campus entrance, walk down the steep twisting hill, meander down the wooded path, and check out the beach.

I’ll meet you there after class! 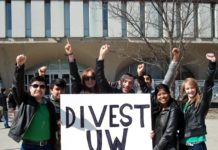 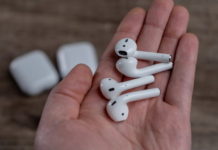