Roch Longueépée brought UW before the Superior Court of Justice in Apr. 2019 to demand his school application be reconsidered through an accommodated admissions process.

This month, UW decided to appeal the Superior Court’s decision to side with Longueépée which would have granted him another chance at admission.

“The University can confirm that it is seeking an appeal of the most recent Superior Court decision. We cannot provide any further comment as the matter is before the courts,” Matthew Grant, Director of Media Relations, said.

On Jul. 30, 2013, Longueépée applied to UW with hopes of a better schooling experience than before.

He had initially been enrolled in the general arts program at Dalhousie University from 1999 to 2000 but received a D in both of his terms there.

He is a survivor of institutional abuse, experiencing physical, psychological, and sexual trauma throughout his childhood. When applying to UW, Longueépée included medical documentation confirming his traumatic brain injury and PTSD diagnosis with a summary of his condition prepared by the Associate Registrar of UW.

Longueépée also informed the Registrar that his grades at Dalhousie suffered because his lack of knowledge about his condition did not allow for him to receive the accommodations necessary for his academic success.

The first time Roch Longueépée decided to argue UW’s decision was in 2017 at the Human Rights Tribunal of Ontario.

The court sided with UW, agreeing that Longueépée should have petitioned Dalhousie to raise his grades before applying to UW, or chosen another university altogether.

Longueépée’s family, medical, and social support networks are close to UW, which is part of why he applied to the school.

Longueépée took his case to the Superior Court where a representative for the Admissions Committee of UW testified that Longueépée’s grades were too low and he did not demonstrate potential for academic success.

“Success in university is possible for people with brain injuries. The brain injured individual can often do very well with accommodations, but without accommodation [they] will fail miserably,” she said.

The Superior Court sided with Longueépée.

“The decision showed the admission process created a discriminatory barrier for a student with a disability and directed the university to develop a fairer admission process,” David Baker, Longueépée’s lawyer, told Law Times newspaper.

The contention is far from over as UW has since decided to appeal the court’s decision.

“Since the court process began, I’ve heard from many people with disabilities who’ve encountered similar roadblocks to post-secondary education.

If it was only about me, I’m not sure I would have gone to the courts, but there’s a lot more at stake here,” Longueépée told CBC.

Longueépée’s health is quickly deteriorating, making it unlikely for him to one day return to school. “Still, he’s hopeful that the decision will be upheld, and that it will help other prospective students with disabilities.

It will mean that those students have a fair opportunity to get into university and to be receiving the accommodation they require, so that they can get the education that they are entitled to expect,” Baker told CBC.

Longueépée has founded Restoring Dignity, a group that aims to advocate for children victimized by abuse and trauma in institutions.

He has also led a civil investigation into abuse at Mount Herbert Orphanage in Prince Edward Island. He hopes that his work will continue to help others. 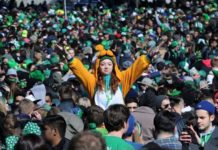