UW held a detailed examination of the Trump administration March 9 in the School of Optometry and Vision Science. Led by professionals from various fields, the panel emphasized the concerns and opportunities surrounding the current U.S. government and answered community questions.

John Ravenhill, director of the Balsillie School of International Affairs, acted as the moderator for the event, and UW president Feridun Hamdullahpur gave the introduction. 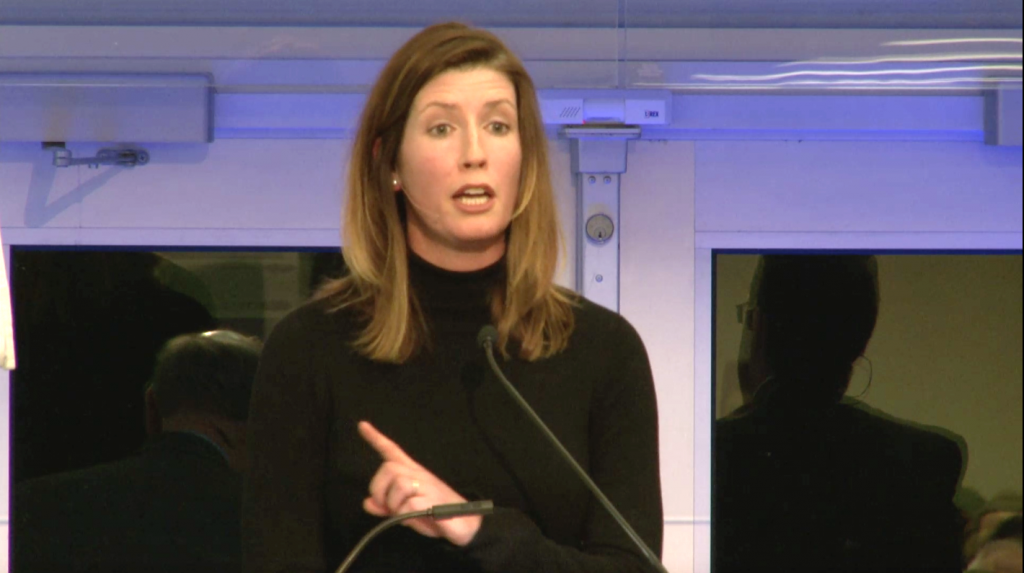 Esselment reflected on the most recent US campaign, noting that by all accounts, Hillary Clinton had a stronger campaign, yet Trump had larger control of the media. To Esselment, the election’s results were nearly unpredictable.

“The question for me, then, was ‘In this kind of a context, can we see that in Canada? Would that kind of candidate work in our system?” Esselment asked.

Esselment examined the current candidates for the Conservative Party of Canada, particularly Kevin O’Leary and Kellie Leitch. O’Leary and Trump are both political outsiders and TV personalities, while Leitch resembles Trump through populist appeals and talking about “Canadian values.” 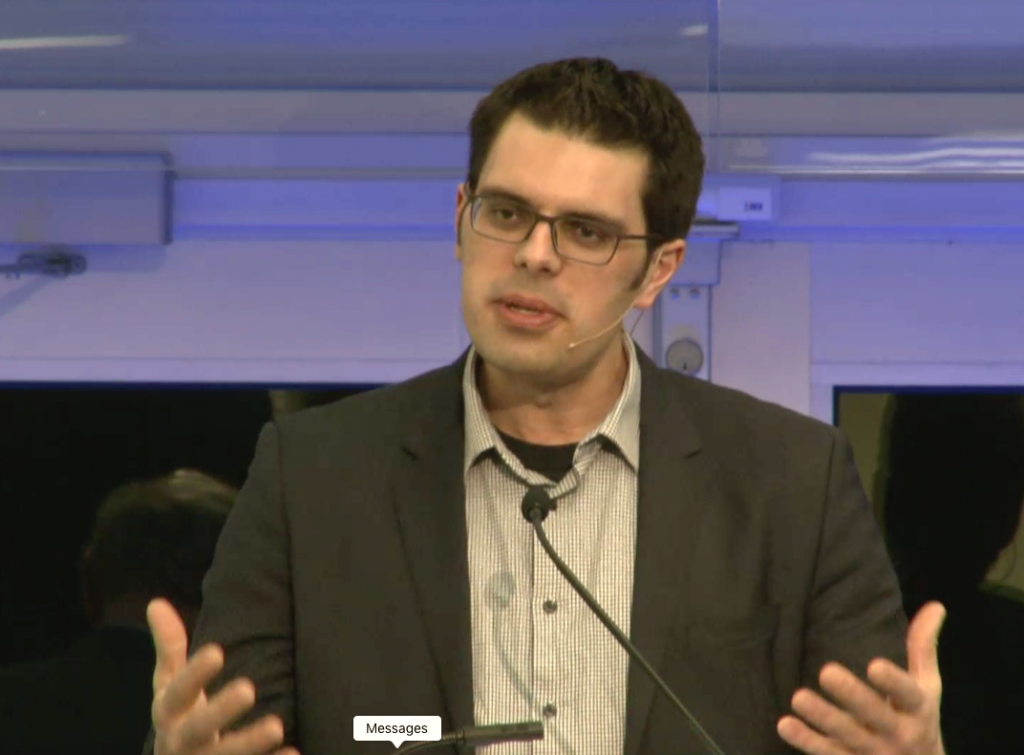 Ettinger took a more historical approach, examining the international order the U.S. created after World War II, which “underpin[ned] the entire Western world system.” Ettinger described the system as “extraordinarily durable” and a “remarkable act of social engineering,” able to endure the crises and threats that arose over 70 years, including the Cold War conflict and the failure of the Vietnam War.

“This is so profoundly troubling and potentially destabilizing because we haven’t seen a world that has not had the United States at its center for the past 70 to 75 years. We don’t know what an international order looks like in the absence of American leadership,” Ettinger said. 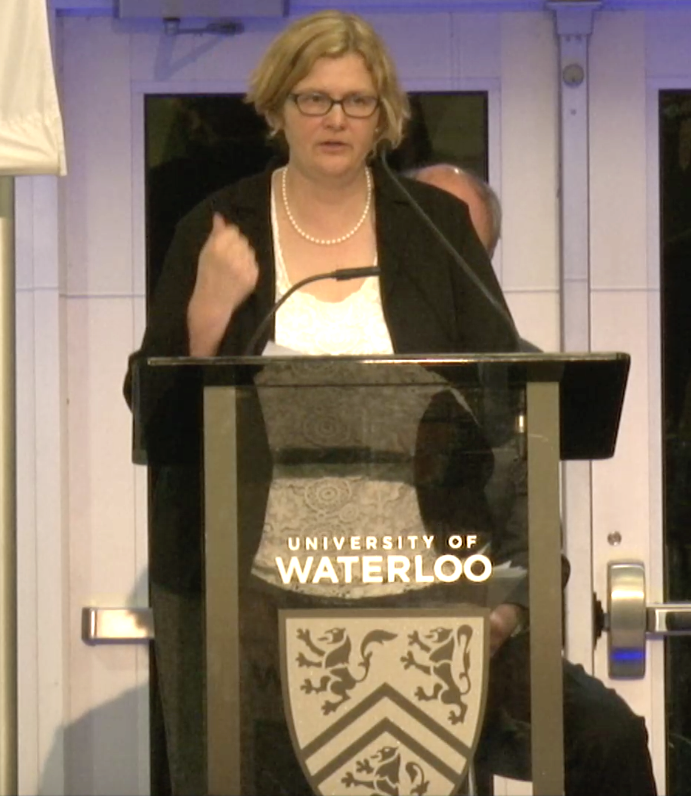 Lamont’s address examined the Islamophobia and paranoia in both Trump’s rhetoric and the mass media. Using the TV show 24 as an example, Lamont highlighted the “terrorist next door” narrative, suggesting terrorists are hiding in plain sight and that any Muslim can be a threat. She also pointed out a “strongman” narrative that Trump aligns with: the patriot that violates due process to do “the right thing,” viewing democratic approaches as obstacles to safety. The legal challenges to the Muslim ban and Trump’s ensuing frustration demonstrate a real-life version of this narrative.

“Popular narratives have a very powerful influence in our society, particularly when the wrong narratives are acted out by people in power,” Lamont said. “Most of what we think we know about the world doesn’t come from real experience, but it comes from the stories that we tell each other. While our rational minds know that these are just stories, our emotional minds don’t always differentiate between reality and fiction.” 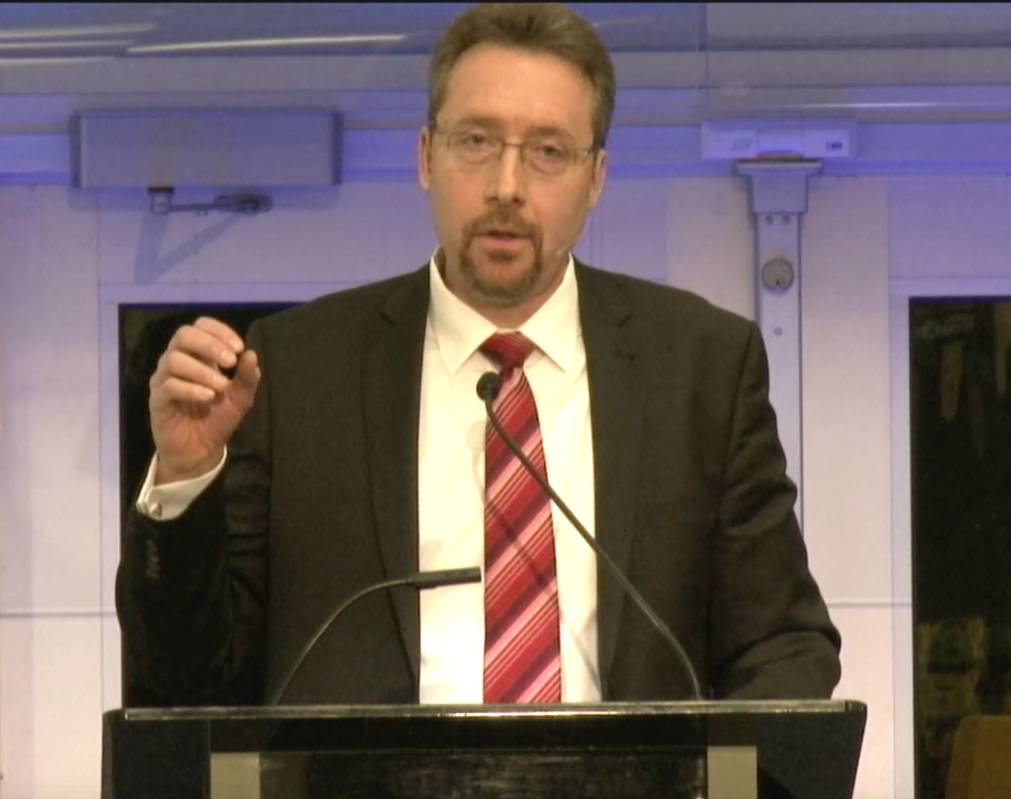 Finally, LaMantia examined the possible economic impacts of the current U.S. economic policy. While Trump’s plans factor into his “America First” ambitions that could bode well for the U.S. economy, that boon may not translate to Canada.

“All of this stimulus could theoretically come to a full stop if goods and services are not flowing freely between Canada and the U.S. and Mexico, or worse, if the global economy is negatively impacted by a significant drying up of foreign trade,” LaMantia said.

According to LaMantia, even Waterloo’s local economy is being affected by U.S. foreign and economic policy.

“Since January of 2017, it’s kind of a mixed bag. We’ve had two instances of companies in Waterloo region … that have held off on expansion after having expansion plans in place just because their headquarters have said ‘Let’s just see what happens.’ One of these companies sends 90 per cent of their products to the United States,” LaMantia said.

“Having said that, we’ve also had expansion in a number of knowledge-based industries that are talent-centric,” LaMantia continued. “I think what’s going on there is, the view on the part of a number of global companies in the technology space is that it’s a lot easier for talent, wherever it’s from, to actually find a welcoming home in Canada.”

Afterwards, the panel took audience questions, including questions about U.S. elections, the plausibility of impeachment, and the possibility of forging economic bonds with other countries.

Overall, the panelists were realistic yet optimistic about the future.

“There’s an expression that Warren Buffett uses … ‘when the tide comes in, you can see who’s swimming naked’ … after a while, the reality of the impact of the policies and the difference between the rhetoric and what actually happens is going to matter, and journalists, and commentators, and Americans, they’ll eventually get it right,” Lamantia said.

You are in a committed relationship with no one 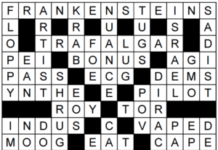 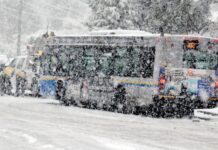 Room for accommodation in the public sphere, not the law