It’s time for another Feds election (my eighth, actually). Over the years (including a stint as FOC, and far too many committee meetings), I’ve seen a lot — Team Rhino, 50 presidential candidates, incumbent execs running against each other for re-election, execs I liked and execs I didn’t … it’s safe to say not a lot surprises me anymore.

This year, students can vote for Team Gold or Team Reboot Waterloo (or a couple of independent candidates). The two teams offer slightly different sets of promises (which I have critiqued extensively on the uwaterloo subreddit), and larger differences in overarching vision.

After much consideration, I can confidently say that Team Gold is the best choice for all Waterloo students. To explain, I’ll talk about the three candidates I know best: Antonio Brieva, Brian Schwan, and Andrew Clubine. I haven’t had a chance to work with Jill Knight, but this endorsement does extend to her as well.

Antonio’s unique mix of admirable qualities make him the ideal candidate for the Feds presidency. He listens to everyone he meets, and works tirelessly to address their needs, without ever losing sight of his own vision and principles. Such skills have served him well as Feds’ Government Affairs commissioner and as an Arts councillor, and they will enable him to shape Feds’ future as a compassionate, advocacy-oriented organization.

As a member of the Feds Board of Directors, I have seen Brian’s work as the incumbent VP Operations and Finance up close. Two traits stand out to me: his impressive human relations abilities as a manager, and the care and diligence with which he does his job. In his first year, he developed a new website (about to launch), and made Feds a more robust, risk-tolerant organization. His second year will be defined by his ongoing commitment to fiscal responsibility and transparency. A vote for him is a vote for a good manager (and also for craft beer).

I have never seen a candidate better-suited to be VP Education than Andrew. As Feds’ Municipal Affairs commissioner, he fought hard for better transit — renegotiating the UPASS and saving the #7 bus route. He’s been extensively involved with OUSA (a student-driven government relations organization in which Feds is a member), writing policy and lobbying MPPs to improve life for students. Over the past year, I’ve had the pleasure of serving alongside him on the University Senate, where his clear sight and principled pragmatism routinely cut through the chaff during meetings, and where he’s built up the partnerships that most VPEDs don’t start developing until after taking office. I am confident that a vote for him means a vote for fortified student rights on-campus, and better standing at Queen’s Park for Waterloo students.

On Feb. 13-15, the choice is clear. If you believe in student leadership shaped by broad experiences, real knowledge and skill, if you desire a practical vision for a compassionate, advocacy-centric student union that works for students, I encourage you to cast your ballot for Team Gold.

Disclaimer: The views expressed in this article are the sole opinions of the author, and are not intended to reflect the official position of the Federation of Students, its officers, or its directors.

Read our guide to this year’s election candidates.

My candy soul is crushed 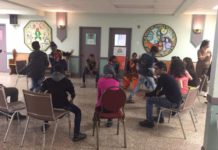 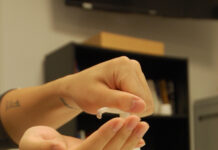 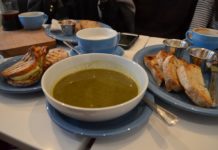