I’m the type of guy who likes the multiplayer shooter, but that would be with the concession that the genre is pretty gauche at times. Call of Duty may be fun, but I can’t pretend I’m too attached to the ooh-rah American, blood spatter on the screen, tacky weapon skin-style it has.

Destiny has proven to be a bastion for people who, while they like shooters, also like a bit more depth in style and lore. It isn’t just the military Michael Bay nonsense of Call of Duty, there’s exploration and the thrill of finding new equipment and new perks for your character.

You can ride a ship called the Outrageous Fortune (who needs slings and arrows?). You can wear armor from Ithaca. You can shoot a gun named after the Jabberwocky. You can have a rocket launcher named Truth. The English major in me loves those ideas.

Destiny is, unfortunately, terrible at exposition, but taking even a slight look at the world-building they’ve put into their supplemental “Grimoire” entries shows some real effort. A humanity that conquered all the planets, then was almost completely destroyed. Robots that can weave their way into the fabric of time. An alien empire that banished their armies, only allowing them back upon victory.

The latest explorable area is the Dreadnaught: a massive ship lodged in a giant hole it punched into Saturn’s rings. It’s an explorer’s dream. Hidden platforms. Locked chests needing secret keys. Secret alien rituals that you must interfere with and take advantage of.

I know what dragged me back was the idea of secrets. A mission with an unspoken alternate ending that provides a new prize. An elaborate quest for an exotic weapon involving hidden missions, secret codes, and collecting materials. And space swords. Swords.

The mission select screen is a striking example of Destiny’s style with your ship floating in orbit, the planet you’ve recently left rotating slowly in the background. Destiny’s soundtrack shines here; a choir echoes the mystery of space with songs that are equally hopeful and fearful.

And frankly, I’m a 20-something with no aspirations at being an astronaut in a society that may just barely get to Mars in my lifetime. Being able to travel from Mercury to Saturn is a fantasy that’s worth indulging.

The overall theme of humanity, having a great Golden Age that sprawled the solar system but was cut down until we’re huddling together in one last city, rang true to me. It’s this odd sign of the times for 2015. The space race is long over, with no fervour from any governments to really explore our universe. We did great things before, and maybe something great will happen in the future, but it’s easy to see that many people are just content with the same old thing back on Earth.

I can get my shooter fix from any given Call of Duty, yet I wouldn’t mind doing it while also indulging the ideas that Destiny brings up. During the opening cutscene, there’s the line, “We stared out at the galaxy, and knew it was our destiny to walk in the light of other stars.” Call of Duty never made me feel that awed by an idea.

Destiny is still flawed and repetitive, and will need lots of updates to truly be called great. But at least for this gamer, it’s been a fun way to unwind after classes, and if you’ve been on the fence, the Internet seems to think now is a watershed moment for the game.

Come on, let’s go explore the solar system together. 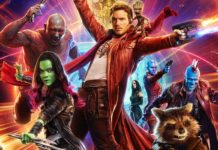 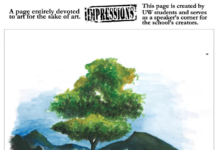