Boardwalk Empire, American Hustle, and parts versus the whole 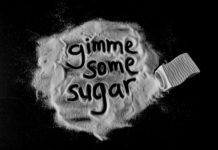