I can imagine very few places that may be more interested in the subject matter of The Circle than UWaterloo; the 2017 film features a recent hire at a yuppie-paradise of a SoCal tech company. It also grapples with questions of individuality, privacy, transparency, and the intellectual justifications for all of the above, but leans heavily on featuring the cult-like corporate culture of the modern technology field.

It also made me feel very out of touch with today’s youth, despite being 19 years old.

I am fairly uninvested in most social media platforms, with only the rare status update or subtweet, but the world that The Circle features puts me in my place.

Shy of the film’s sole technophobe, the worst performance of the film, everyone is tied into the various tech platforms without much of a second thought, middle-aged MS patient or graying-Tom-Hanks alike. The Circle, the titular corporate giant that Emma Watson’s Mae finds herself gratefully employed with, has hooks in everything.

Watson, as she did only months ago with Disney’s Beauty and The Beast remake, breaths life into most of the scenes she is in, selling her American accent just as much as her character’s jubilation upon starting work at The Circle. Starring opposite Tom Hanks, the shady but charismatic figurehead of the looming company, Watson holds her own amidst performing legends such as Hanks or the quietly snuck in Patton Oswalt. Hanks is conniving where Oswalt is sneeringly cold, and the two make for a believable, at times terrifying villainous pair.

The rest of the cast is somewhat more mixed in terms of delivery. John Boyega is properly stilted as a techdeveloper with limited but growing social capabilities, while Ellar Coltrane’s rugged outcast Mercer has poor timing, poor lines, and poor unclear motivations. The last of these points at least may not be Coltrane’s fault.

Adapted from a recent novel of the same name, The Circle struggles with its own continuity at times, as characters come to conclusions far more quickly than should be possible; shy of the rare comment of “months having passed,” there are few benchmarks for the film’s chronology. Whereas a novel allows for character development and formation of gradual opinions, it seems that director James Ponsoldt was unable to properly condense the plot. Positions are flipped in onscreen minutes, resulting in an ultimately stilted and unbelievable journey.

There are elements of realism, or at least familiarity though; holographically projected internet comments are provoking without cause and “Frowns” are sent in the millions to a foriegn dictator’s Circle account as a means of social activism. Most chillingly though is the way that opponents to the growing surveillance-state of The Circle are shunned as too resistant to change, and ignored outright.

Attempting to critique techculture and warn of nightmarish futures, The Circle trips itself up in its hurry to show a full descent into madness. While Watson and Hanks deliver the best performances in the film, they still seem to be overly condensed characters with too little time to come to the conclusions that they do, resulting in a jarring and jagged plot. Regardless, its message is important, if not its execution.

Better than: Ghost in The Shell, another look at a future controlled by technology

You may also like: The Truman Show, the paranoia-inducing Jim Carrey masterpiece about surveillance and being watched 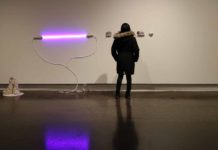 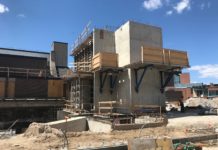