Jujutsu Kaisen (aka “Sorcery Fight”) is a Japanese manga series which has been serialized in the weekly Shonen Jump magazine by Gege Akutami, a first time creator, since March, 2018. In Fall 2020, however, MAPPA studio suddenly began telecasting the infamous anime, and the hype has been ascending exponentially ever since. For a long time, I wondered why MAPPA were taking an unreasonably long time to come out with new episodes for the final season of, arguably, the world’s best anime series: Attack on Titan. After watching the first five episodes of Jujutsu Kaisen, however, I finally understood the reason for the delay and, in my opinion, it was certainly worth it.

The anime revolves around a young man in high school who gains cured powers after the ingestion of a cursed object belonging to the world’s most feared demon, who was subdued aeons ago. Subsequently, he is introduced to the world of jujutsu, where he meets other students learning the art of using cursed powers to fight monsters. Yes, it sounds similar to the plot of the myriad shonen stories that we’ve read/watched.

Jujutsu Kaisen, however, is distinctively out of the ordinary. The spirit possessing the protagonist, while giving him potential invincibility, hardly ever allows him to use those powers. Moreover, the nature of the spirit is sadistic and cruel, one who attempts to torture and kill anyone who tries to communicate with it. While first experiencing the anime, I knew nothing of what was to come. Yet, the opening credits with MAPPA displaying its broad range of talents were beautifully horrifying to watch. To me, it looked like MAPPA were just showing off their animation skills, understandably so.

The characters themselves range from extremely calm to funny and serious, traits that remain consistent during the dark storyline that the anime does not hesitate to quickly build up. On top of this, the fight scenes are stunning – they keep my eyes glued to the screen constantly. In fact, I find myself waiting for them just to see how MAPPA can take their work to the next level every single time.

In some ways, Jujutsu Kaisen is an iconoclast to the genre. When it is so magnificently executed, the anime keeps me counting down to Friday evenings every week when it is aired. The plot twists are jaw-dropping, and make complete sense at the same time. The very source of the supernatural powers in the show are founded on the negative feelings of humanity. It constantly examines the repercussions of them in the 21st century giving the story a very modern and tangible feel, albeit doing so in a dark and horrifying setting. However, this just shows how the anime is challenging the very genre it exists in, and why it sees resounding success. The anime recently won Crunchyroll’s award for the best anime of the year for 2020, unsurprisingly.

After watching the show, I found myself stupefied by the amount and ways in which digital art, animation and storytelling has progressed. This even incited me to try my hand at digital art. I believe that there is something inspiring about this show from which everyone can take away a thing or two. Of course, it is also an extremely satisfying stress-reliever. It keeps me motivated to be on top of my work, so that I can make enough time to watch it every week without compromising on other responsibilities, and it has become invaluable to me. Whether you are an anime fanatic or not, especially if you have never seen any before, I would definitely recommend beginning with Jujutsu Kaisen, which at the moment is just twenty episodes long, it will not disappoint. 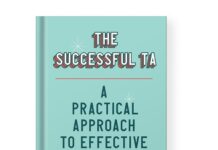