The sports world as a whole may be on hold, but the NFL seems to stop for nothing. With the 2020 league year underway, fans have already been treated to a number of eye-opening trades and free agency signings that have shaken the core of the National Football League.

Let’s dive into the top-three off-season headlines since the Mar. 16 frenzy began.

Cam Newton has had a few rough years, with three surgeries in the last two seasons.

The 2015 MVP’s struggles to stay healthy have led to his demise in Carolina, and it has now spiralled into the Panthers seeking to trade him. It will be interesting to see who the suitors are for the Auburn alumnus. The truth is, a healthy Newton is a top-ten quarterback in the NFL.

He is a dangerous dual-threat quarterback who can still run the option to perfection, make linebackers miss, and squeeze the ball through tight windows. Newton’s only issue has been staying healthy.

Wherever Newton goes, they will be getting a competitor, and if he can stay healthy, do not be surprised if he has a career resurgence.

Deandre Hopkins has been one of the top receivers in the NFL over the last five years.

He has some of the most trustworthy hands of all-time and has proven to be lethal after the catch. Hopkins will always give an offence the chance to light up the scoreboard. Many never pictured Hopkins leaving Houston, as he and quarterback Deseaun Watson were ever so close to leading Houston to their first AFC Championship game since the days of the Oilers.

However, a rumoured locker room power struggle led Bill O’Brian to shop the four-time Pro Bowler in his prime. For the eventual buyer, the Arizona Cardinals, all they had to give up was David Johnson, a 2020 second-round pick, and a 2021 fourth-round pick to pair Hopkins with future Hall of Famer Larry Fitzgerald and reigning NFL offensive rookie of the year, Kyler Murray.

Brady signs with the Bucs

Regardless of what else happens between today and the start of the NFL season in September, this will be the biggest move of the off-season.

Tom Brady played 20 seasons for the New England Patriots. In that time he played 242 games, threw for 74,541 yards, 541 touchdowns, and led the Patriots to nine Super Bowls, winning six of them.

There was a time where fans believed Brady and the Patriots were inseparable. However in 2017, when Bill Belichek tried to trade Brady to the San Francisco 49ers so that the Patriots could move forward with Jimmy Garrapollo as their starter, it planted the seeds for this departure. Now, at age 42, Brady has escaped the AFC.

His path to the Super Bowl no longer has to go through young superstars Patrick Mahomes and Lamar Jackson. He now plays in the easier, but still competitive, NFC.

He specifically plays in an NFC South Division that has the potential to be either the least or most-competitive division in football, as three out of four teams in the division have played in at least one NFC Championship Game over the last five years.

What is most exciting about the Brady signing is that he has placed himself in a position to make history one more time. At Super Bowl LIV, Brady told people he would “not be at Super Bowl LV in a blazer,” alluding to the fact that he wanted to play in the big game. Super Bowl LV will be held at Raymond James Stadium in Tampa Bay, home of the Buccaneers.

No team in NFL history has ever played the Super Bowl in their own stadium. Brady has his eyes set on being the first.

Romantic comedies through a feminist lens 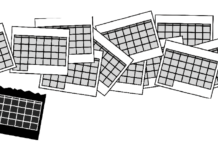 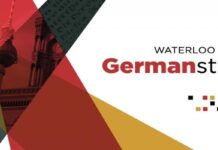