Twice a year, thousands of students from Waterloo and beyond gather on Ezra Ave. to celebrate Homecoming and St. Patrick’s Day.

Many students view this as a rite of passage, where they can gather as a community to celebrate.

Some non-student residents in the area view it as disturbance and have vocalized their concerns to city council.

The City of Waterloo has assembled a task force to deal with the unsanctioned public gatherings.

According to Waterloo Regional Police Service, the crowds on the two days have increased significantly. St. Patrick’s Day’s attendance has grown by about 50 per cent each year for the past four years, with almost 33,000 attendees in 2019.

On these two days, first responders spend most of their day patrolling and responding to calls around the Ezra Ave.

Residents of the area often complain of rowdiness and improperly disposed waste.

Despite the number of police-reported incidents decreasing while attendance increases, the city wants the gatherings to stop.

It is the task force’s role to find out how.

The task force is charged with finding an alternative to the current situation, while prioritizing community safety and financial stability.

A full recommendation is not due until early 2020, but their current ideas include, discouraging the gatherings through student-relevant social media channel, having an alternative event, and finding a way to make students pay for the cost.

However, the operational strategy has already been piloted at Homecoming 2019.

The street was flooded in neon vested officers, with additional reinforcements from as far as Peel Region.

Officers were stationed atop scaffolding spread through the street, while many more circulated amongst the gatherers.

Paramedics blocked off the eastern terminus of Ezra Ave. at King St. in order to be closer to the action.

They regarded the pilot a success: attendance decreased by 10,000.

To find a workable solution, the task force tried to consult all the relevant stakeholders.

Students shared their perspective through a single discussion-based event.

Formally organizing the events, with amenities like public washrooms, waste receptables and food trucks, was the most popular solution among students.

They blamed out-of-town students for most of the rowdiness and the disruptiveness, saying they would have less attachment to the community.

Members of the community were invited to provide written statements about these “unlawful assemblies,” as one community member put it.

Most protracted public comments see the gatherings as a nuisance and believe that they should be terminated.

Many also complained about the financial burden placed upon taxpayers by the gatherings, though students are in fact also taxpayers and contribute a substantial amount to the city’s economy.

The wildest suggestions ranged from renaming Ezra Ave. to something “uncool”, modifying the Charter of Rights and Freedoms, and dispersing the crowd via water cannon. 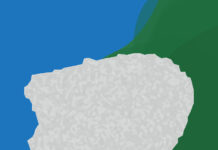 The interconnectivity of the Yucatan Peninsula 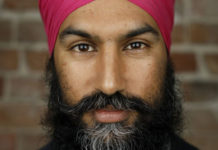 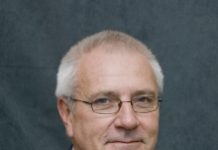