An important thing to note is that this article, just as the title suggests, is not going to be a technical overview of cryptography or anything to do with blockchain or all that technological mumbo jumbo. It’s just going to explain bitcoin in plain English and in no way advertises the advantages of bitcoin. This is only to give the same information which can be found here at https://bitcoin.org/en/faq in a simplified manner which is easy to understand.

Bitcoin is the buzzword that has been floating around for quite a while now in news articles, podcasts, tweets and in many more places. Why is this happening now, when the concept of cryptocurrency has been around since 1998? Probably because right now one Bitcoin is worth $72,945.44 Canadian Dollars. I could just pay my entire student loan in one shot with one Bitcoin – at least in theory, more on that later I personally had the opportunity to buy bitcoins back when it was first released  around the year 2009. I believe one Bitcoin cost around $0.005 back then, but I was just a kid watching Tom & Jerry, so that ship sailed long ago.

A fun fact – before writing this article, I opened my web browser and looked up the value of bitcoin online and it showed me that one Bitcoin = $72,800. Then, as I started writing the article and came to the point where I needed the bitcoin value f, I went back and refreshed the page. In this gap of about 60 seconds, the price went up to $72,945.44. Now, if you are interested in knowing more about this mysterious money, then you are at the right place. Let us begin!

First, a very brief summary about the historical origins of Bitcoin because you always need to respect history and know your history if you want to advance, especially in technology. As I said before, Wei Dai was the first to talk about cryptocurrency, but Satoshi Nakamoto was the one who created a “blueprint” by developing a proof-of-concept for the first Bitcoin in 2009.To this day, who Satoshi Nakamoto is – or who they are, assuming its a group of people – remains a mystery. They are the pseudonymous inventor of Bitcoin. Now that we know a little history, let’s dive into the meat of the matter.

At its core, bitcoin is a network and software that is “controlled” by a group of people spread across the world.  The reason I wrote “controlled” in quotes is because nobody really owns bitcoin. There is a set of rules that everyone needs to follow in order to maintain a stable network, and hence people try to follow these rules so that it can run smoothly. If you have some experience with computer science or coding in general, you can visit the website right now, download the code and start contributing to this huge anonymous society. Then you could call yourself a “Bitcoin Miner”, another buzzword that you commonly hear. By contributing to this network, you can start earning bitcoins. That’s right, you can earn bitcoins with simple cryptography tools.  To get started you need to download a mobile app which will be your personal Bitcoin Wallet, which allows you to send and receive bitcoins. But it is not as easy as it sounds.

That which sounds too good to be true:

To get into the details, there is a ledger – a digital book containing debit and credit transactions called “blockchain.” This ledger is publicly available for anyone to view and acts as the key to Bitcoin, keeping track of every transaction ever made with bitcoins. Now that we have this ledger, there needs to be someone sitting behind itto process and verify all these transactions. These people are known as Bitcoin Miners. They use specialized computer hardware to verify the authenticity of each transaction corresponding to the senders’ addresses in turn to process and earn bitcoin as rewards. The details about the mining process are not covered here as I wanted to keep this article simple; you can look it up online.

Bitcoin and money have the same characteristics and are both backed by mathematical principles. The Canadian dollar has value because people believe they can rely on this piece of paper as it is accepted universally—same is the case with bitcoin. (source: https://www.investopedia.com/ask/answers/100314/why-do-bitcoins-have-value.asp)

Now, why the price of bitcoin is so ridiculously high can be attributed to the concept of supply and demand. If you think you can buy a bitcoin and use it to purchase something else, then you will buy it and so would a hundred other people – in simple terms, that is how the price increases.

In the 21st century, almost every person has easier access to resources which will help them gain knowledge – whether it’s the internet, newspapers, or a public library. Since the amount of information scattered across these sources is too big, this article tries to educate and help you understand this so-called “mysterious” currency and remove any prejudices people may have about Bitcoin or cryptocurrency. You should be able to discuss  bitcoin freely with anyone since all you are doing is only talking about it. Another purpose of this article is that you will sound smart now that you know what a Bitcoin is, and you will be able to keep abreast of conversations on the topic of bitcoin.

I hope you enjoyed reading this article. You could either learn cryptography, which actually has a lot of job opportunities, especially in the past few years and the years to come, or you could just buy bitcoins. But before you do, please read and comply with the appropriate laws about Bitcoins in your respective countries as there are countries that have banned bitcoins and some other countries that have allowed bitcoin transactions only partially.

As with any new technological advancement, we have always seen both positive and negative criticism. Take for example the most recent Mars Rover Perseverance, which successfully landed on Mars.. This piece of news received positive and negative criticism worldwide. On the positive side, people said that this is the most amazing achievement by humans and that now we can explore and fully understand the geographical features of Mars i.e., the land, atmosphere, soil etc. On the negative side, people started asking the question, “Is this going to solve Earth’s problems?”

The way I would think about it is that this is an alternative solution to Earth’s problems. One way is to deal with them right here on Earth, the other way is to explore space.Bitcoins, in a similar fashion, received good and bad reviews. The good was that it was a decentralized network, digitally backed by strong cryptographic and mathematical tools, with no single entity controlling it.The bad is that people were not sure if it was safe to buy, the price was too volatile, and that not many people were willing to accept bitcoins as  legal tender just yet.

My view is that we need to ask ourselves the question, “Why do we have clinical trials for drugs?”, “Why do we perform stress-testing for cars and computer hardware before releasing them?” The answer, in very simple words, is that they help point you in the right direction. Therefore, we need to first read about them, educate ourselves about all the aspects of this new technology, maybe try it out ourselves first and then decide whether it is a good or bad thing. 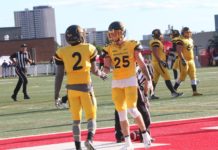