With most classes going online due to the COVID-19 pandemic, students are using LEARN more than ever. But LEARN’s background is bright white – with no built-in dark mode feature to ease eye strain.

“Students will be spending most of their class time for at least two entire semesters on LEARN and should be provided with this option, especially when they can turn to it on nearly every other site, app or service they use,” said Hamza Tariq, a 4th-year undergraduate student.

D2L, the software company that manages LEARN, is reluctant in introducing dark mode.

“[Dark Mode] is not currently on the roadmap outside of our Pulse app,” said a D2L representative.

Tariq wrote an email letter in June addressing Feridun Hamdullahpur, President of UW, and Abbie Simpson, president of the Waterloo Undergraduate Student Association (WUSA). In the email, Tariq urged Hamdullahpur and Simpson to urge D2L, the software company that manages LEARN, to adopt a dark mode feature for LEARN.

D2L has been asked to provide a dark mode feature to LEARN for years, but with no result.

“The feeling I got from the entire thing is that online learning support people at UWaterloo have received this request before and they have passed it on to D2L. But it seems that D2L isn’t really making this a priority at all,” Tariq said.

When Tariq reached out to D2L about the issue, D2L suggested using browser extensions to create a dark mode. Dark mode browser extensions do not format LEARN very well, as some parts of the screen remain white and some words get lost in the dark.

“The [navigation bar] remains white and some text is hard to read. Anywhere we have black text blends into the dark mode background,” said a customer service representative for LEARN, who tested a dark mode extension on LEARN.

“This can lead to a student missing important study content while using an external extension to do so, while an in-built D2L Dark Mode option would not have such problems and be a more seamless experience,” Tariq said.

Dark mode may not be everyone’s preference, but it is a good option for those who need it. It can be beneficial for people with conditions such as photophobia, which is high sensitivity to light, or keratoconus, a similar condition which results in blurred vision and light sensitivity, caused by the cornea in the eye bulging out like a cone, instead of having its normal dome-like shape. Keratoconus usually begins to affect people in their teenage years and in their early 20s — the age range that most students at the university are in.

Even for people without these conditions, looking at a bright computer screen can have negative effects. The blue light emitted from computer screens is known to throw off the body’s circadian rhythm, which controls a person’s sleep cycle.

Studies from Harvard and the University of Toronto have shown that blue light can suppress the release of melatonin, the hormone responsible for sleepiness. This could be a problem for students who use LEARN at night, as it could shift their circadian rhythm and cause sleep problems.

Students can still take action to minimize the effects of LEARN’s bright white screen by limiting their screen time at night, especially before bedtime. It is also important to take regular breaks away from the computer. Many devices also contain a ‘night mode’, which provides warmer colours or light instead of the usual blue light.

But as far as a built-in dark mode feature on LEARN is concerned, it seems that we will have to wait. 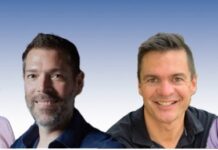 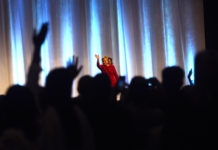 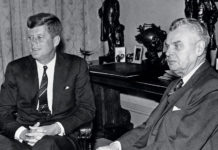