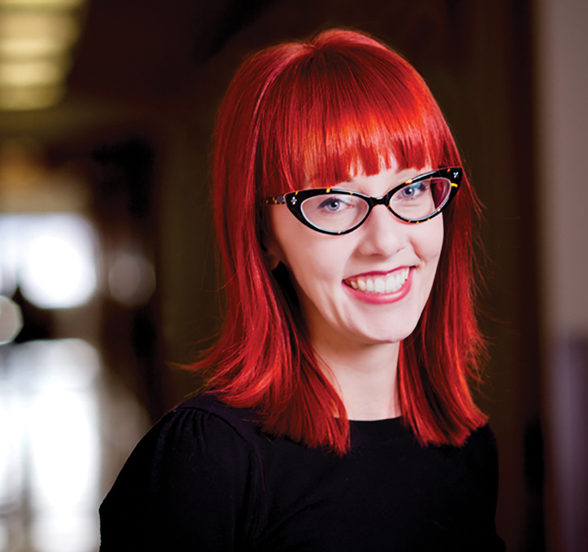 Kristine Alexander strongly believes that the responsibility for the future of humanity should not be placed on girls’ shoulders.

“On the one hand, girls are worthy of recognition and they are worthy of investment. On the other hand though, I don’t believe [in] making girls, and especially economically marginalized girls, responsible for the future of humanity,” Alexander said.

Alexander is an assistant professor of history at the University of Lethbridge and the Canada Research Chair in Child and Youth Studies.

She gave a lecture based off her book, Pre-History of the ‘Girl Effect’: Girlhood, Racial Hierarchies, and International Relations in the 1920s & 1930s, on May 7 at Hagey Hall.

The lecture was jointly sponsored by the UW Department of History, HeForShe, and Renison University College.

Alexander spoke on the present race and gender implications of Girl Scout organizations in the late 19th and early 20th century. She described them as a tool for the British Empire to present an image of inclusivity of people of different cultures and emancipation of women.

She explained that citizenship of women was based not on their rights, but their responsibilities.

In addition to their traditional responsibilities in the home, girls and women were taught to always present a cheerful persona so that people around them could remain cheerful.

“Official Guide publications often depicted non-white girls — particularly those from so-called eastern cultures — as unhappy or as not cheerful enough; which, by extension, of course, meant that they were incomplete citizens…” Alexander said.

Alexander stated that girls, whether in the contemporary Girl Effect campaign by Nike and the United Nations, or in the Girl Guides collectives dating back from 1909 to present day, are often seen as responsible in these missions to transform society in various ways.

She stated that these initiatives draw a clear boundary between the emancipated woman of the northern world and the victimized woman of the southern one.

“Over the past few years, critics have slammed [Nike’s] campaign for playing up to stereotypes of women and girls as natural caregivers, sidelining questions of structural inequality and power imbalances, and focusing on what girls can do for development, rather than asking what development can do for girls,” Alexander said, quoting a 2012 article by  Claire Provost.

Gord Higginson, an employee at Information Desk at W Store, was selling copies of Alexander’s book. He echoed Alexander’s views.

Alexander pointed to several other commonalities between the two movements, including the idea of girl being both a problem to be solved and girls as a solution to the problems that their families and communities face.

“This idea that a girl is something worth investing in is not universal, and I do worry that there are risks involved in criticizing it in this particular way,” Alexander said.

Alexander acknowledged that Nike’s campaign is helpful in for girls in some ways, but does have its limitations.

“[It is] an emancipatory force and it is doing important work of recognizing that girls across the world are important and worth recognizing,” she said.

“[But it is not] doing enough to draw attention to, let alone dismantle, these bigger structural problems, which are economic disparities, ongoing effects of imperialism and colonialism,” Alexander said.

Veronica Kitchen, an associate professor of political science at UW, was also present at the lecture, and concurred with Alexander.

”We often ignore the experience of children and youth and I think this is a good example of why it’s important to understand it but also how it intersects with global dynamics like race and like colonialism,” Kitchen said. 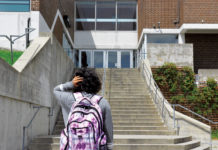 You’re not in Kansas anymore 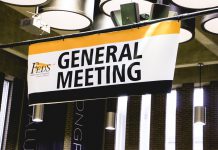