In the age of the superhero movie, it is refreshing to find an experience like Daredevil, where the exceptional hero can have moments of simple humanity. The premise is simple and exciting: Matt Murdock (Charlie Cox), a lawyer blinded by chemicals as a child, uses his enhanced remaining senses and martial arts to fight crime by night. Standout performances by Vincent D’Onofrio as Wilson Fisk and Jon Bernthal as Frank Castle, adversaries in consecutive seasons, are magnetic, and add an element of legitimacy to the show through grounded acting. Averaging only one dull scene and numerous stellar fight sequences an episode, Daredevil delivers. Both seasons are well worth it, but it truly catches its stride in the second season. – Joe Giuffre

Is your heart still broken from the disappointment that was Batman v Superman? Justice League: Gods and Monsters is a DC animated film that re-imagines classic heroes Batman, Superman, and Wonder Woman as lawful evil tyrants protecting the world with an iron fist. When the world’s best scientists begin to die in mysterious ways, this monstrous Justice League has to find the true culprit, before the people and governments of Earth turn on them. The movie features fascinating, villainous takes on the beloved heroes and tells a twisted story perfect for fans suffering from superhero fatigue. – Steph Kent

In line with my tradition of starting shows years after they’ve ended (the last one was Chuck, which I binged a few months ago), I’ve finally started an American favourite. The year is 2017, and I’ve finally gotten around to watching The Office (U.S.) in its entirety for the first time. The first season has only six episodes, and was a breeze to get through over reading week — even while travelling. I would describe the episodes as bite-sized and easy to consume, although they seemed a bit aimless from time to time. I adore the awkwardness and general clumsiness of the group dynamic, the comedic interpretation of mundane American office life highlighted by hot takes on societal conventions. The witty banter provides the most charming of backdrops to my everyday life. – Theresa Shim

After finally hopping on the bandwagon, I continued my long-running binge-watch of Gilmore Girls, which was satisfying but a little unnerving. I’m at that point in the series where I know it’s going to end soon, but I’m in heavy denial. Right now, Rory’s being shunned by Logan’s family, Lorelai and Luke are finally back together, and I don’t want it to end! I just want to keep watching it for ever and ever. I know I can get to the Netflix sequel when I’m done, but it just won’t be the same. – Ashley Nicolas

Here is a TV show for anyone who loves history and time travel. The show follows Dr. Lucy Preston (Abigail Spencer), a history professor; Wyatt Logan (Matt Lanter), a U.S. Army Green Beret; and Rufus Carlin (Malcolm Barrett), an engineer and designer of a time machine, as they go back in time to try to stop Garcia Flynn (Goran Visnjic) from erasing American history. One thing I like about this series is how they focus on minor historical figures, placing the more well-known ones in the background. Despite all the artistic licenses here and there (I mean, it’s a show about time travel), the first season just finished and I recommend watching it yourself. – Ju Hyun Kim

The Lobster is probably one of the most bizarre comedies I’ve ever watched. It takes place in a somewhat dystopian future where single people are literal pariahs, and being unable to find a mate means you’ll have to be turned into an animal. For some reason.

It’s a black humour comedy where all of the cast are dysfunctional in some way, and the lack of a comedic straight man makes it particularly absurd because nobody ever questions this nonsensical world they occupy. A well-rounded cast, truly unique cinematography and genuinely funny (if ridiculous) writing make The Lobster well worth a watch if you’re looking for something truly odd. – Matt Lawes

Please Like Me is an Australian import to Netflix that will make you laugh, want to hug your mum, and start saying “heaps” instead of “lots.” The four series show features the life of Josh, a newly-out gay guy trying to navigate major life obstacles. His mother is “mental,” his love life is confusing, and his friends are emphatically apathetic. The tone of the show is mostly dryly comedic, but there are some truly touching moments, and the most honest depiction of mental illness this viewer has seen in a long time. Watch Please Like Me if you like shows about good friends, food, comically dark outlooks, and dogs. – Leanna Walsh

Ines’ (a hardworking, apprehensive consultant) life turns outrageous when her estranged father Winfried comes to visit. Desperate to spend time with her, he takes on an alter ego (the titular Toni Erdmann) and follows Ines around her corporate life. Many moments were absurd, ridiculous, and had the audience in fits, but it wouldn’t feel quite right to call this a comedy. Directed by Maren Ade, this film was beautiful and devastating in its intimate account of tensions unique to father-daughter relationships. Only thing: the screening time for this nearly three-hour German film ran past midnight; a lot of subtitles for a sleepy gal! – Alice Yao

I ended up watching Edge of Seventeen, although I am way past 17 by now. It was refreshing to watch a teen drama that did not focus on the protagonist’s journey of self-discovery, but instead focused on their understanding of others’ lives. The standard jock brother, vain mother, and shy admirer in the teen drama formula were all people with their own narratives, and in the end, inspired the protagonist to show gratitude instead of resentment. Growing up takes effort and realizing mistakes, and I love how this movie showed this so candidly. – Tina Chan

When I first got Netflix, the very first show I watched was Fresh Prince. I’m going through a pretty stressful final term of school right now, and the last couple weeks I had been watching Loony Tunes and Tom & Jerry. So I decided to go back to classic funny shows that I can have on, even if I am not paying attention to it while working, and get many laughs out of each episode. For those of you who don’t know, Fresh Prince of Bel-Air follows Will Smith (Will Smith) as he moves from a rough neighbourhood in Philadelphia after getting in a fight at school, now living with his aunt, uncle, and cousins in the more affluent neighbourhood of Bel-Air in Los Angeles. It’s funny and relatable, and since it’s from the ’90s, it’s well put together, good clean fun. – Rameesha Qazi

Wish I was a better read 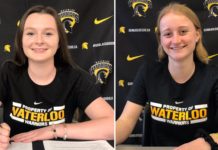