On Sept. 1, 2021, the U.S. Supreme Court allowed the state of Texas to pass Senate Bill 8, an extreme anti-abortion law that will likely embolden other states to follow suit. This bill bans all abortions after six weeks — a point during which most women do not realize they are pregnant — and doesn’t allow for exceptions in cases of rape or incest. It even authorizes private citizens to sue anyone who “performs, aids, or abets an abortion” for up to $10,000, including family members who drive pregnant women to abortion clinics as well as the clinics themselves.

Since this law was passed, there has been a lot of misinformation circulating in internet discourse. I have seen some stigmatize abortion as being a highly dangerous medical procedure; in America, legal abortions are safer than childbirth, according to Reuters. Others argue that women who do not want kids can simply put them in an already overflooded foster care system. It seems that people also forget that the cost of hospital birth alone in Texas (before health insurance) averages $17,738 USD and that low-income women who will be disproportionately hurt by this bill cannot always afford baby delivery fees. Nearly six in 10 American women who receive abortions are already mothers who simply do not have the means to provide for more children, mentally, financially, or otherwise.

“Then just use protection if you are having sex,” one might be thinking. Well, this line of thinking is still egregiously flawed. Not only does it automatically characterize those seeking abortions as irresponsible — even though using birth control can still result in unintended pregnancies — but it also ignores the fact that not every woman has affordable contraception available to them. If you really want to reduce the number of annual abortions, push for cheaper and more accessible birth control. Advocate for more comprehensive sex education: states with abstinence-based sex education curricula in high school have higher rates of teen pregnancies than states that don’t.

Even if you dislike abortion, laws like Senate Bill 8 aren’t in your best interest. As stated in NBC News, multiple studies show that abortion rates don’t fall when it’s prohibited. Outlawing abortions does not stop women from getting them; it just stops women from accessing safe ones. If we are so laser-focused on saving lives, then why do we never refer to the one in 12 maternal deaths that occur worldwide when women desperately resort to unsafe methods of terminating pregnancies?

It is alright to have a personal stance on abortion that diverges from mine; the point of being pro-choice is to allow women to make reproductive healthcare decisions for their bodies at their own discretion. However, coercing someone into having a child they are not prepared or equipped for because of one’s own moral beliefs is an unmistakable measure of cruelty and needs to be recognized as such. Bodily autonomy should not be infringed upon by politicians, government officials, or private citizens — particularly in a state that has long prided itself on being a bastion of freedom.

Clinton on the phone, Obama at work 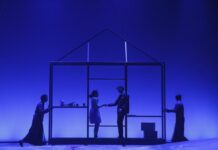 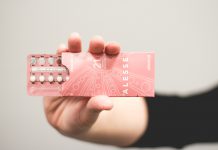 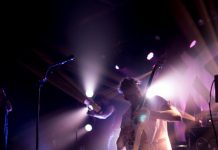