University of Waterloo graduate student Aaron Coutino’s research is revealing the interconnectedness of the Yucatan Peninsula.

The Yucatan Peninsula is located in the narrowest point of Mexico, separating the Atlantic Ocean, including the Gulf of Mexico and the Caribbean Sea, from the Pacific Ocean. “The Yucatan Peninsula is very special in that it is built on limestone bedrock. Limestone is very porous and so that causes a karstic environment,” Coutino said, comparing the ground to swiss cheese, with many holes that easily dissolve. “That’s how you end up with massive cave systems underground and cave structures throughout the Peninsula.”

Coutino, whose masters and PhD are in the Faculty of Math, placed sensors in bodies of water throughout the Yucatan that were assumed to be isolated from the regional aquifer and collected data on the daily fluctuations of water levels and salinization. At all these locations, tidal oscillations were detected. Coutino’s research found that “there are connections throughout the entire Peninsula.” Cave passages and fracture zones in the limestone were allowing for much further inland impacts of tides. “If you went to one side of the Peninsula and you made a massive tidal wave, the idea is that the wave would propagate through the entire peninsula and come out the entire side,” he explained.

When it comes to the worsening climate crisis, Coutino said, “we’re seeing how a lot of problems are being exacerbated,” especially with the increased frequency of severe storms as well as the gradual rise of sea levels. Along with these environmental consequences, the climate crisis could result in a potential loss in tourism, which is a major source of revenue for the Yucatan.

“As sea level rises due to climate change, it will also rise the level of some inland waters. This could have implications for flooding or for how groundwater pollution moves around,” noted Marek Stastna, a professor of applied mathematics and Coutino’s supervisor on the project.

“Within Mexico, waste management practices are not the best — people pump waste into the lower aquifer to make it go away, so a lot of chicken and pork farm effluent gets flushed down into the aquifer based on the assumption that it will flow out to sea,” Coutino said.

However, everything is connected and so as effluent, or waste water, is pumped out, it is not going out to just the sea. “When a heavy rainfall, such as with a hurricane comes through the peninsula, it can mix the entire water column,” Coutino said. “Normally there’s seawater and freshwater flowing in and out, but when these storms come along, drinking supplies go salty as the water column is mixed.”

Coutino explained that this has huge implications for waste management. “Most of the time, effluents are pumped into lower seawater and are then mixed in a hurricane and the whole drinking water supply may be polluted.”

He was inspired to pursue research in the Yucatan Peninsula by Stastna, who said, “the Yucatan is such a cool landscape with few rivers and most freshwater in massive cave systems, and the climate is very different from our own, yet is not so far as to be totally alien.”

When he began his research, a sedimentologist was looking at and analyzing the sediment within the existing cave systems in the Peninsula working to reconstruct the area’s past climate. Coutino was brought in to complement the project in terms of providing expertise in both hydrology and mathematical analyses.

Coutino’s research is applicable to other areas with similar bedrock conditions as well. Places around the world like Florida, Croatia, the island of Crete and areas of China along the lower plains are particularly porous. However, the “Yucatan Peninsula is particularly special in that it is the most porous of these regions in that there are no naturally flowing rivers, as all rainfall goes directly into the ground,” Coutino said.

Coutino has since moved on to working in aerospace engineering and is not planning on continuing any research in the Yucatan Peninsula, but many others are. One study is currently placing water doplers and measuring velocity and other parameters to start investigating water column responses. Another student at UW may be looking at paleoclimates from the past ice age to the present and tracking how these changed overtime.

“It was odd to say the least,” Coutino said, “to do a project of this caliber in the Faculty of Math.” Coutino went himself and did the fieldwork, travelling to the Yucatan Peninsula and placing the sensors — an experience not many students in the faculty have.

“It was a real pleasure to be involved with research in the field, being a mathematician by background, especially research that involves so many interesting people in the Yucatan,” Stastna said.

“That opportunity changes your perspective, being in the environment allows you to learn in a different way and pick up knowledge that you wouldn’t have had the chance to learn otherwise,” Coutino said. 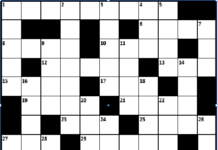 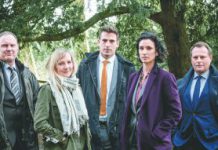 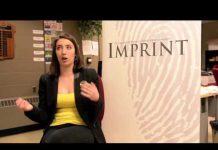