5 tips to start exercising and lose weight for lazy students 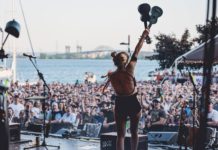