The talk, which occurred at Renison Nov. 18, was organized by the studies in Islam program at Renison and emphasized how Islamic racialization is constantly present in our everyday lives.

“[It’s] to notice racism in the things that we say to one another, even when those things slip by so quickly and are so much part of our everyday lexicon,” said Condon, who is an associate English language and literature professor at UW.

Condon delivered this message by first talking about how the way we craft race is much different now than it was before.

According to Condon, who researches in rhetoric and critical race, people in the past would differentiate others as being either white ­— which was considered to be the prime race — or non-white — which was treated as inferior. Eventually, this spectrum of race shifted, and some races that were considered to be less inferior, such as Hispanic or Latino, shifted to become “in-between” races, thus providing multiple categories of race.

Condon also mentioned how religion also took part in crafting race. Condon provided multiple stories of terror and hate crime that displayed how this was true, such as the ongoing Palestinian resistance in Gaza and the beheading of the American journalist Daniel Pearl in Karachi, Pakistan.

According to Condon, because of such heinous crimes that were committed by these people — the Palestinians and the killers from Pakistan — they are now differentiated from others by their faith and not necessarily the colour of their skin. As a result, their faith is given a misrepresentation.

Even in light of the recent attacks that have been occurring around the world, Condon believes that religion took part in the way we chose which attack to give more attention to. During the question-and-answer segment, an attendee asked why we North Americans had much more coverage on the attacks in Paris and not the the other hate crimes around the world, particularly the bombing that also killed dozens of Caucasians in Ankara, Turkey.

Condon believed that religion indeed played a part. “The people in Ankara, from a certain perspective are no longer white. They are the many who are being moved out of that racial category … and in this movement, Islam becomes a racial identity … and so we don’t care.”

By now knowing how crafting race has changed in its prominence in our everyday lives, Condon also emphasized how it is up to us to change this mindset.

“It is for this — for all the forms of consciousness for which the power of racism is rebuilt … that we bear political and rhetorical responsibility.”

Come on down to Kitchener 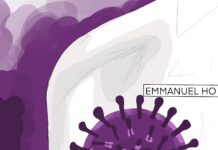 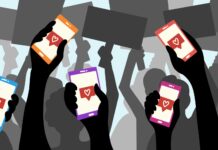