Movie directors such as George Lucas occupy that little space in the creative community where, while we know they possess some talent, their latest attempts to create something inevitably ends up in disappointment and failure.

I have a rather aggravating relationship with self-proclaimed game director and writer, David Cage. His three games have been hilariously, and unfortunately accurately described as the “Sadness Trilogy” by Let’s Players “Two Best Friends Play,” and frankly, I’d recommend their Let’s Plays to see just how bad these games can get. If you must play one, I’d say Heavy Rain is easily the best, though it’s still flawed.

Indigo Prophecy was a drama of a man who has been forced to commit a murder. The game is ruined by some truly terrible twists, including a last act filled with Illuminati nonsense, evil artificial intelligence, and honest-to-God Matrix-style fight sequences. It may have been revolutionary at the time, but the plot is infamously stupid now.

Heavy Rain charges players to control various characters to find the identity of the Origami Killer, and while it still has some issues with lack of player agency and internal logic, with a relatively cohesive story, it’s likely the best game he’s ever made.

His most recent game Beyond: Two Souls tells the story of Ellen Page playing Ellen Page with a ghostly partner named Aiden who can perform supernatural tasks for her. While the story leads to some really cool sequences, such as using your powers for spying, stealth and more, the fact that the player has little control over the events of the story, and that the story is told out of order for little to no reason, undermines any cool moments the game may present.

The sad thing about David Cage is that he’s really good at creating certain set pieces and gameplay events. Indigo Prophecy includes a very effective introduction where, having discovered you have committed a murder, you have to hastily clean up the crime scene as thoroughly as possible.

Heavy Rain features some actually immersive challenges, including a particularly visceral scene where you’re forced to cut off one of your character’s fingers, attempting to find something to do the deed properly with, and finally committing the gruesome act.

Beyond: Two Souls has some cool scenes. I particularly like a sequence where you play as a homeless person trying to scrounge some money together. But again, the story is told out of order. Any impact from the strife of the homeless loses all impact when followed by a completely unrelated scene afterwards.

The poor guy likes to dip into the inexplicable supernatural entity well a bit much. Indigo Prophecy has its strange steps into conspiracy and Heavy Rain managed to have its supernatural elements taken out, to its improvement frankly. Even the ghostly ideas of Beyond: Two Souls somehow becomes incredibly wacky by the end.

The man partakes in hubris far too much as well. This is a man who put a model of himself for the tutorial for Indigo Prophecy. There are far greater developers out there who wouldn’t dare put themselves in their game, yet Cage seems to think he’s great enough. The audacity.

David Cage once said that game overs are “a state of failure more for the game designer than from the player,” an idea so filled with pretention it hurts, especially from a man who hates game overs, but does not seem to properly allow players to make choice, more content. The implication is he’d rather the player be unable to fail than have himself fail. The player is just a tool for him to use to impart a story that may as well have been a movie. Hell, Beyond: Two Souls actually has a movie version.

And this is not to speak of David Cage’s pretty poor treatment of women. If there’s a woman in a David Cage game, there will be at least one shower scene, more than one attempted sexual assault will occur to, and they’ll likely fall in love with a man without having much (if any) prior relationship. Let’s just say the world has a lot more full 3-D nude models of Ellen Page after Beyond: Two Souls.

It reminds me of the state that Square Enix is in with their Final Fantasy series. A couple of years ago, Final Fantasy and Indigo Prophecy were some of the pinnacles of console story telling. Since then, the stories of video games have evolved, but David Cage has yet to evolve from his supernatural-injected stories of plot-holes and internal contradiction, not to mention the lack of agency the player has in the story.

David Cage, you’ve done some good for the gaming industry, but become more self-aware. Grow with the times. Let your games have more player choice. Treat female characters better. Stay away from fancy storytelling gimmicks. We deserve to play better games, and your games deserve better writing and direction. 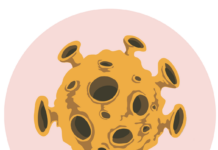 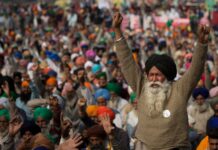 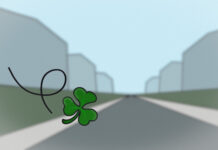