The Higgs boson, or Higgs particle, is an elementary particle in the Standard Model of Particle Physics. Its main relevance is that it is the smallest possible excitation of the Higgs field – a field that, unlike the more familiar electromagnetic field, cannot be “turned off,” but instead takes a constant value almost everywhere. The presence of this field explains why some fundamental particles have mass, while the symmetries controlling their interactions should require them to be massless, and why the weak force has a much shorter range than the electromagnetic force.

Although it is present everywhere, the existence of the Higgs field has been very hard to confirm because it is extremely hard to create excitations (i.e. Higgs particles). The search for this elusive particle has taken more than 40 years and has led to the construction of one of the world’s most expensive and complex experimental facility  to date -the Large Hadron Collider.

“If it is the Higgs boson ,it would be a Nobel-worthy scientific achievement culminating decades of effort,”  Prof. Cliff Burgess from UW, says. It was finally discovered on July 4, 2012.

The Higgs boson is named after Peter Higgs, one of six physicists who, in 1964, proposed the mechanism that suggested the existence of such a particle. Although Higgs’s name has come to be associated with this theory, several other researchers   independently developed different parts of it-between about 1960 and 1972.

In mainstream media, the Higgs boson has often been called the “God particle” in a 1993 book on the topic. The nickname is strongly disliked by many physicists, including Higgs, who regard it as inappropriate sensationalism.

In the Standard Model, the Higgs particle is a boson with no spin, electric charge, or colour charge. It is also very unstable, decaying into other particles almost immediately. It is a quantum excitation of one of the four components of the Higgs field.

In particle physics, elementary particles and forces give rise to the world around us. Nowadays, physicists explain the behaviour of these particles and how they interact using the Standard Model—a widely accepted and “remarkably” accurate framework based on gauge invariance and symmetries, believed to explain almost everything in the world we see, other than gravity.

The Higgs field’s effect on particles was famously described by physicist David Miller as akin to a room full of political party workers spread evenly throughout a room: the crowd gravitates to and slows down famous people but does not slow down others. Analogies based on drag effects, including analogies of “syrup” or “molasses” are also well known, but can be somewhat misleading since they may be understood (incorrectly) as saying that the Higgs field simply resists some particles’ motion but not others’ – a simple resistive effect could also conflict with Newton’s third law.

Campus Question: What do you think of the Bomber closing down... 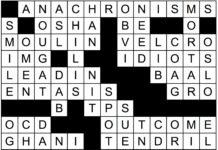