With the beginning of the 2016 — 2017 Major League Baseball season well underway, it’s time to look ahead at the future matchups our national home-team will have to face. We’ve created a list of series that you won’t want to miss!

Why this matchup is important: As a division rivals, how the Jays perform against the Yankees can and will determine whether we move on to the playoffs. New York is currently the division leader, with Toronto being 5.5 games back.

Why this matchup is important: Like the Yankees, the Orioles are a strong division rival and their series may be crucial to making the playoffs. Currently, the Jays are 2 games back.

Why this matchup is important: The Red Sox are second in the division — a great spot to be in. Toronto is 3.5 games back.

Why this matchup is important: The Astros currently have the best score in the league at 41 wins and 16 losses — we’ll just have to see how well we stand against ‘em!

Why this matchup is important: On the Angels’ roster is Mike Trout, considered the best all-around baseball player in the league. If this is someone you want to catch in action, don’t miss this series!

Why this matchup is important: The infamous Rougned Odor and Jose Bautista fight on the field in last year’s American League Division Series left some unreconciled bad blood. While the Rangers were in Toronto earlier in the season, Odor was met with a chorus of booing when he got up to bat. How the Jays are received in Texas may be a different story. Toronto won the home series 2-1.

Why this matchup is important: The Indians signed Edwin Encarnacion in preparation for this season. He was once a star player on the Jays. Encarnacion was kindly given a standing ovation from longtime Jays fans when these teams played in Toronto early May. Toronto won the home series 2-1. These two teams also met in the American League Championship Series last season.

To catch any of these home games, the best ways to get to the Rogers Center this summer are: 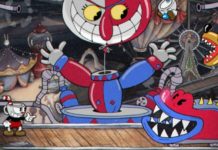 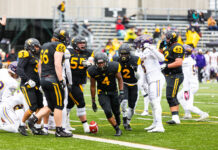