When I was young, my parents would take my older brother and me to the theatres to watch movies. I can’t remember how old I was, but I have memories of watching Finding Nemo and E.T. The Extra-Terrestrial at Galaxy Cinemas. Growing up, my social workers would take me (and sometimes my brother) to the movies too. Since then, I have started to love films as a whole because they give me a sense of both wonder and escapism. My early experiences with film expanded as I went to the movies with various friends from high school and university.

I love going to the movies. It has been a hobby and a form of escape since I was a child. I believe that no matter who you are, where you are from, or whom you are bringing, you can enjoy the cinematic experience. Even if you are alone, watching movies is a delightful experience.

Unfortunately, with the recent pandemic, movie watching has changed drastically, and not in a good way.

Ever since the first wave of COVID-19, the majority of Hollywood’s biggest productions have been delayed or halted,due to health concerns. The most anticipated films, such as The Batman, Top Gun: Maverick, Wonder Woman 1984 and a remake of Dune, have been delayed until the end of 2020 or pushed to 2021. These delays make it difficult for most movie theatres, as they have to wait a long time before showing films that can attract a large audience. . Furthermore, some films, such as Bill and Ted Face the Music, have opted for digital releases, which adds to the challenges movie theatres face.  There have been some attempts to release films internationally, such as with  Tenet, but even those films are making less money than they made before the pandemic.

The lack of clarity surrounding restrictions is also harming business. When I asked my family if anyone is heading back to theatres, they said no, because they were uncertain about the new regulations. Some of these regulations include seating distances, cleaning regulations, and recirculating air. One concern I have is regarding masks. If anyone were to have a headache and needed air, do they need to leave the theatre to breathe outside? Another concern is if people bring food and drink to the venues. Concerns like these have frightened people to the point where they refuse to return.  All this could explain why theatrical films underperformed at the box office.

Historically, most of the revenue for Hollywood films comes from box office sales, but that kind of dependence on Cinemas is doubtful in view of the effects of the pandemic.  . Many movie theatres are suffering to the point where they might declare bankruptcy. With the addition of the second wave, it is unlikely that many theatres will survive, and it will take those few survivors time to recover once the pandemic is over.

With the new wave of digital streaming taking over physical viewing, it almost feels like the movie theatre experience might come to an end. It is depressing to think that all of the moments I’ve shared with those I love and the experiences I’ve had with the audience might never happen again. Unless there’s a new way to save them, I doubt that movie theatres will last.

Reimagining the future of human relationships 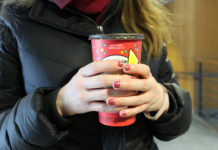 The unsustainable truth about Tim Hortons 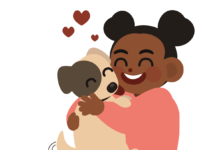