Sound can have a pragmatic application: in a game like Metal Gear Solid, hearing the footstep of an incoming soldier provides an obvious advantage. Plenty of high-end headphone manufacturers flaunt this advantage in their ads.

Metal Gear Solid V: The Phantom Pain (it’s a V, not a five) is a game that people who self-identify as gamers are well acquainted with, but our focus isn’t to reiterate parts of a long-beloved series to people who already know about it. At its base it’s a game of sneaking around enemy bases to complete a mission, being as non-lethal or as murderous as you deem necessary. I would hope that if I can relay the merits of its sound alone, perhaps those who would have otherwise avoided the series might give it a chance.

Music and sound became a large part of my MGSV experience. The series is famous for the sensibilities of director Hideo Kojima, fusing military jargon and over-the-top anime style antics. Taking place in the far-off past known as the ‘80s, music places the game squarely in its own time. Metal Gear Solid tends to flaunt new technologies, from the titular Metal Gears to the giant anachronistic mechs to the pinnacle of ‘80s portable electronics: the Sony Walkman.

Indeed, the Walkman is a key part of MGSV’s plot and gameplay. The opening of the game starts with a cassette tape (do people remember those anymore?) labeled “For the Man Who Sold the World” being placed into a Walkman, with “The Man Who Sold the World” by David Bowie playing as you wake up in a hospital bed in first person, looking around at the blur that is the hospital room. A cool trick using sound in this scene only comes across while wearing headphones. As you turn your characters head to one side, the sound goes out in that ear, with a painful high-pitched whine replacing it. Something is clearly wrong with one side of this character’s head, and you’ve not even seen his face yet in the game­— There is a horn-like spike protruding from his head.

MGS is famous for its Codec Calls, times when the gameplay would stop to have a radio conversation with other characters. This serves to create much of the charm of revealing side information or even major plot exposition to what would otherwise be simply a stealth game. Many of the cassette tapes you receive for your Walkman are little audio clues revealing a new wrinkle to the game you are playing.

Many of the tapes are licensed ‘80s tracks. Sneaking around to “You Spin Me Round” or “Kids in America” is just as fun as it sounds, and seeking out these tapes adds real value to otherwise useless collectables.

But there is also room for its own tracks. “Sins of the Father” acts as a theme song with the singer belting out a song that would not sound out of place as an ‘80s Bond theme. Awkwardly bikini-clad side character Quiet is, ironically, not too quiet during missions, continually humming a song into the radio. This humming expands into “Quiet’s Theme,” a fully realized version of a hum you’ve heard throughout your missions, and a beautiful one at that. And nothing got me more pumped for a mission than the military anthem that is the “Peace Walker” theme.

Games have lots of dimensions, and music is just one aspect that tends to get lost in the mix. If you’re an avid gamer looking for a change, or a newcomer to the medium, pay less attention to your eyes, and more to what the creators are trying to make you hear. It changes the way you play. 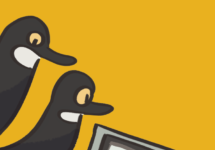 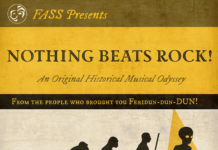