According to a recent study, only one of the past 21 cities would be able to hold Winter Olympics in the future if emissions continue on their present course.

Led by the University of Waterloo, an international team of researchers conducted a study on the impacts of climate change on the Winter Olympics. According to the report, of the 21 cities that have previously hosted the Winter Olympics, only Sapporo, Japan would be able to guarantee safe conditions by the end of the 21st century if global greenhouse gas emissions are not drastically decreased. If the Paris Climate Agreement emission objectives are met, the number of climate-reliable host cities increases to eight.

“Snow sports are at risk, and are a major part of the Winter Olympics,” said Daniel Scott, a professor of Geography and Environmental Management at UW who specialises in sustainable tourism.

The adverse effects of climate change have already left their mark on the Winter Olympics. Snow-making for the games began in 1980. Due to snow losses from unseasonable weather in 2010, Vancouver had to import snow from outside the city with helicopters and trucks to their games.

February’s Beijing Olympics will use almost entirely synthetic snow, which will place significant resource stress on the already drought-stricken and water-scarce area. According to a recent report by the Sport Ecology Group at Loughborough University in England and the Protect Our Winters environmental group, China might require approximately 49 million gallons of chemically treated water. This is not only an intensive demand for energy and water, but it also produces a surface that could become unpredictable and possibly unsafe. Chemically treated snow, according to Rosie Brennan, a US Olympic cross-country skier, behaves differently than natural snow —  it is physically tougher and turns to ice sooner. However, the use of chemically treated snow is nothing new in the Winter Olympics and not all negative.

“Most athletes perform on machine-made snow and have for years. It’s rare that you have a natural snowpack. From a competition perspective, snowmaking is often a good thing in terms of reliability,” Scott said.

Sören Ronge, a campaigner at Protect Our Winters Europe, spoke about the impacts of climate change at the Olympics, stating that many places will have to renounce winter sports in the future if no effort is made to mitigate climate change. Ronge noted that lower-altitude resorts will be the first to experience the effects, and several have already had to close.

Scott provides a more optimistic point of view. “Lots of things are being done far better than they were even in the 1990s. We’re getting better. Could they do more? Like most countries, the games could do more, but they are headed in the right direction…There are a lot of things that are not as sustainable as they could be, but you must give credit for efforts being made.”

One major international effort to combat climate change is the Paris Agreement, an international treaty on climate change that seeks to limit global warming to below two degrees Celsius, compared to pre-industrial levels. The Paris Agreement aims must be met in order to safeguard snow sports as we know them and ensure that the Winter Olympics may be held in locations across the world.

When asked about the future of the Winter Olympics, Scott said, “We’re already seeing how the games have made changes to weather-proof themselves. Snowmaking is part of that. What we’ve seen more recently is increasing distances from the big host cities and the mountain venues that host the snow sports. That will probably continue.”

While the existence of the games is not yet at risk, the way they are organised and where they take place will be affected over the coming decades in order to incorporate weather changes and sustainability needs. One issue brought up by Scott was the carbon footprint from flying all of the athletes and their teams.

“We have to have as balanced a view as we can, based on the evidence that’s out there, and give credit and criticisms where they’re due,” Scott said. 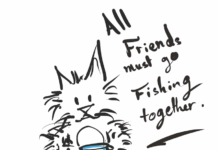 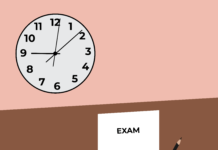 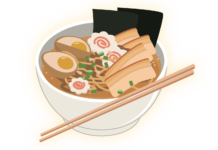