A series of lectures and research findings on boredom and mind-wandering were discussed and disseminated during a psychology symposium named “Engaging the wandering mind: Exploring the cognitive, neural, and applied consequences of boredom” at the Quantum Nano Centre Oct. 17.

Organized by professor James Danckert of the psychology department of cognitive neuroscience at the University of Waterloo, psychologists, scientists, sociologists, and even a philosopher gathered at the Quantum Nano Centre to discuss and share new findings from their research in regards to this growing body of research.

“Research on boredom is relatively new,” said Danckert. “Some people have been doing it for some period of time, but it’s not a lot of research. Lots of people research attention, but not many research boredom, so it’s important to interact with the small community of people who do. The idea of what I am doing today is to bring a small group of people who are all interested in the same small thing and have a conversation.”

Made up of 11 guest speakers, some of whom are professors from the university and the region, and some of whom travelled from across the globe to give their lectures at the university, the symposium lasted through much of the day and was split into three sections. The purpose of having this symposium was to provide a forum where people from different academic backgrounds and interests could share their ideas on this burgeoning subject so intellectuals can later expand and improve upon their research in ways they did not anticipate.

Some of the subjects discussed during these lectures included the different perspectives in which we view boredom and mind-wandering (there are different kinds of mind-wandering!), research on the consequences of boredom and mind-wandering in the classroom (virtual and real) and in gambling contexts, as well as the science behind our brains when we are disengaged with our world. Understanding and recognizing boredom for a student can be beneficial in countering it when he or she needs to be productive and focused the most, like in a lecture setting.

Some ways in which students can alleviate boredom and mind-wandering is to practice mindfulness training.

“People are getting more and more interested in mindfulness training,” said Danckert. “Being aware of your own internal thoughts, being aware of your body state — these kinds of things — that leads to a higher level of self-regulation and self-control. And if you can attain that, you probably won’t experience boredom nearly as much because we know that people with low levels of self-control experience high levels of boredom.” Some kinds of mind-wandering however, like intentional mind-wandering, have been associated with increased creativity, fidgeting, and doodling, and sometimes even distractions can help with focus and attention according to some of the lecturers. 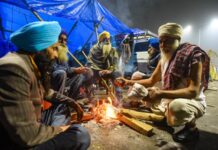 What will #HeForShe mean for Waterloo?