We all have at least one. That person you know who you want nothing to do with, but who’s just too entertaining to not have in your life. They’re the friends you have on Facebook who are anything but friends, the people you follow on Twitter who you’d never follow in real life. Maybe they show you a new level of human depravity, or maybe they just remind you that you could be so much worse.  They are a train wreck personified.

I like to call them “schadenfriends,” which I thought I cleverly came up with until I saw that there’s a definition for that on Urban Dictionary with four thumbs up. Such is life. Oh, and if you don’t have any schadenfriends, it’s entirely possible that it’s because you’re one of them.

Now that I’ve given you something new to be paranoid about, let’s move on.

Obviously, the idea of a schadenfriend has existed long before social media sites, when people would occasionally place themselves in close proximity to awful people in order to look good by comparison, but like everything else, the Internet has made it so much easier. Now you have easy access to insufferable people without having to personally suffer them! No longer do you actually have to talk to your ex to find out how miserable they are without you, just browse through their most recent pictures for photographic evidence*! Want a look into the mind of someone who suffers from self-imposed illiteracy and doesn’t understand how the caps lock button works? There’s a schadenfriend for that! For some reason, these kinds of people usually make it easy for you to identify them: a brief look at their recent posts or tweets is often enough to let you know that someone is exactly the sort of horrible person you want to keep around.

So what exactly causes a person to become a disaster worthy of the schadenfriend title? There’s a lot of different possibilities. It could just be general social ineptitude — after all, if you aren’t usually good with others, your people skills aren’t likely to improve when you go online and whatever you say isn’t subject to the normal rules of social interaction. It could be that they’re suffering from give-a-fuck deficiency, where they’re satisfied enough with themselves that they don’t care what anyone else thinks of them. Or it could just be that they don’t really understand what is and isn’t appropriate to share online, which leads to some classic TMI situations. Regardless of the reasons, the results are usually pretty entertaining.

But schadenfriends aren’t there solely for your amusement. They also serve as a counter-balance to all those people you know who seem to be so much cooler than you. When you post stuff online it’s really easy to choose which traits you want to present to everyone else, which means if you’re smart, you can convince everyone else that you live the most thrilling life imaginable. But where others choose to be smart, schadenfriends go the way of brutal, trashy honesty, for the sake of everyone else’s self-esteem. It’s the same reason why everyone cares about Shia Labeouf’s crazy antics even though nobody actually cares about Shia Labeouf, or why Jaden Smith has so many followers on Twitter.  So in a way, while they’re probably not the friends we deserve, they’re the friends we need right now.

*I make no promises that your ex is miserable without you. It is entirely possible that they are so much happier now. You’re not the centre of the universe, after all. Why does everything always have to be about you? What about MY needs? 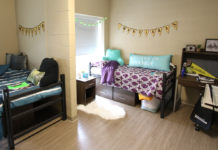