Randall Wright, a prominent Canadian monetary macroeconomist, gave the inaugural lecture as part of the distinguished series by the department of economics March 26.

The lecture, titled “Innovation and Growth with Financial and Other Frictions,” is based on a model and working paper written in conjunction with Jonathan Chiu and Césaire Meh from the Bank of Canada.

Prof. Matthew Doyle of the department of economics introduced Randall Wright to the crowd in Biology 1 auditorium.

“[Randall Wright is one of the] most important working economic theorists,” Doyle said. “[He is the] single most important person for pushing policy makers … into taking monetary theory … seriously.”

Wright’s model looks at how innovation and growth can occur given frictions and barriers. The pillars of Wright’s model are innovators and entrepreneurs, which he semi-jokingly likened to PhDs and MBAs respectively. He explained that economic models are just models, unable to necessarily be applied into the real world.

“It’s one thing when rats die; it’s another when Argentina tanks,” Wright said.

“New ideas and the advance of knowledge are key for economic performance and growth,” Wright presented. “[The] two big issues [are]: production (how to generate the efficient number of ideas) and exchange (how to get the ideas into the hands of those best suited to implement them).”

Wright pushed the notion that the process is not frictionless. The production of technology and its subsequent transfer into the hands of entrepreneurs doesn’t always run smoothly. Ideas are not always good, and even when ideas are good there are questions of the private cost of producing ideas versus the long-term social benefit.

“Search, bargaining, and financial frictions impede [the ideas] market, hindering innovation and growth,” Wright wrote. To solve the problem of financial frictions such as innovators foregoing a salary to conduct research and coming up with ideas, Wright believes that intermediated credit — the idea that banks and other credit agencies can match innovators and entrepreneurs with financial means — and government subsidies for research will lead to more ideas being implemented.

Wright said that without intermediation and government financial interventions, equilibrium in the ideas market will not be met.

“You want to buy my idea; I’m not sure you’re going to pay me … and if liquid assets are scarce, that deal may not go through,” he explained. Ideas are an atypical good, as they cannot be taken back once they’ve been told. “Knowledge, unlike love, lasts forever,” he said.

After the talk, Tom Kenyon, associate dean of arts, research, took to the floor.

“I’m thrilled with the turnout,” he said.

“I’m delighted, it was a great talk. I thought it was particularly appropriate because of its focus on tech transfer … that’s what the university here celebrates,” Kenyon added.

“Thinking through those relationships and their role, and how we in the social sciences can contribute … is particularly worthwhile.”

In an interview with Imprint after the lecture, Wright expressed the appropriateness of the topic.

“Waterloo comes up with a lot of ideas … and some of those ideas they get developed and implemented and used in the real world,” he said.

“I’m interested in using economics … and economics is about the allocation of resources. And here the resources in question happen to be ideas. But otherwise, it’s standard undergraduate economics. Let’s get the ideas where they can be used most efficiently,” he said. “Any kind of university or research institution should be interested in the market for ideas. University is all about the creation of ideas.”

For students interested in pursuing economics, Wright suggested brushing up on your math skills: “Learn some math; it’s a technical field.

“Ask me what’s the best part about being an economist?” Wright challenged, answering, “They pay very well and you don’t have to work a lot of hours.” 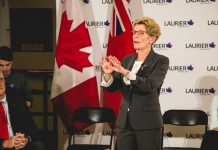 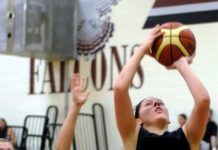