Over 19 and ready to dance the night away? The Kitchener-Waterloo region has all of the selection of clubs and bars a student could ask for. Though I haven’t been to every club and bar in the region, here’s my breakdown on the university nightlife scene. Figure out which spots sound best for your musical/ partying tastes!

The first place that comes to mind when you mention the word “club” is Phil’s Grandsons, known to everyone as just “Phil’s.” Located at University/King across from Laurier, Phil’s is the most popular club in Waterloo. They have a $5 cover, dirt cheap drinks, and a different music theme for each night they’re open (on Sundays they have their retro night, Monday is all-request, Wednesday is Hip Hop, and they also have Feel-good Friday and Electro Saturday). Although it’s super grimy, you’re guaranteed a great time. Just a pro tip: get there before 10:30 p.m. if you want to avoid a lineup.

Right in the heart of King Street, Chainsaw is Waterloo’s most popular karaoke bar. It’s a great place to hang out with a group of friends, get super drunk, and scream out the lyrics to Kelly Clarkson’s “Since U Been Gone.” Bonus: there’s zero cover.

Don’t let the name deceive you: it’s not actually a night school. If you’re looking to get a bit dressed up and jam out to great remixes, Night School is definitely the place for you. Although it’s more upscale, the drinks are still relatively cheap. They bring in local DJs from around the KW region, so you just that know the music will be awesome!

The Order is Waterloo’s dance club which provides a safe area for the LGBTQ community. It’s a hidden gem, right behind Night School. The music never disappoints, playing Top 40 all night long. They also have the most welcoming environment, from friendly bartenders to a gender- neutral bathroom.

If you love country music, Dallas is the club for you. They have two floors with bars spread out all around, and even a bull to ride on. What’s great about Dallas is that there’s so much space, and the people are amazing. You’ll never encounter the “I’m too sober for this” moment. And the best part? Fridays have free cover for girls!

These are only but a fraction of what KW has to offer. Other clubs include Pearl and Beta. As for bars, Ethel’s, Starlight, The Flying Dog, and Molly Bloom’s are other popular student-friendly areas. My personal favourite would be between Phil’s and Night School. Both are top tier when it comes to inexpensive drinks and great music. But no need to take my word for it, experience it yourself! What’s great about Waterloo is that because everything is so close to each other, it makes club hopping that much easier. Just travel down King, and you’re bound to find something that piques your interest. Drink responsibly! Or you know, don’t. Jk pls do.

Preview: All Art is Quite Useless 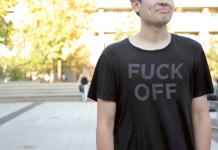