The third event of the University of Waterloo’s “Green Entrepreneurship Workshop Series,” hosted in partnership with the Commission for Environmental Cooperation, was held on March 17. The focus of this event was the connection between entrepreneurship and the UN’s Sustainable Development Goals.

The host of this session was Jon Beale, manager of Sustainable Development Solutions Network (SDSN) Canada. Beale has various unique experiences within community and economic development roles — from working with farmer cooperatives in Zambia to climate change research with Indigenous communities in Labrador.

The first speaker was Brock Dickinson, Entrepreneur-in-Residence at UW’s Faculty of Environment. Dickinson’s presentation was about how entrepreneurship and the UN Sustainable Development Goals (SDGs) go hand in hand. Dickinson talked about how entrepreneurs are able to address many “technical” SDGs such as goals six, seven and 13 through innovation in their products and ideas

Dickinson also spoke about Joseph Schumpeter, a political economist, whose theory of creative destruction asserts that businesses are constantly failing while new businesses are being created or renewed to replace those that have failed. In today’s world, Dickinson stated that the old businesses that we currently have could be replaced by new and greener models and ideas, leading to a more sustainable world.

Going beyond technical goals, Dickinson also talked about “non-technical” goals — goals that technology can’t exactly solve such as SDG five, gender equality. He explained that the solution to these types of goals is the sharing of knowledge in a knowledge economy — an economic system in which the production of goods and services is based on activities that focus on knowledge, leading to innovation.

Later in the presentation, Dickinson brought up Niccolo Machiavelli, an Italian diplomat, who believed that entrepreneurs are those who understand that there is little difference between obstacle and opportunity and are able to use both to their advantage. Dickinson related this ideology to the SDGs, how they are global challenges we need to address but also have an opportunity associated with them to better the world.

Dickinson used the Fisher River Cree Nation as an example of this ideology in practice. He described how the community used to face several major challenges, including high emissions into the atmosphere, vast unemployment, lack of educational infrastructure and energy dependence on fossil fuels. While the community initially looked at these problems as challenges, when they realized the opportunities within and were able to overcome the issues. Now, the community has overcome every single one of these problems and is currently helping other communities become more sustainable.

The second guest speaker was Brad Ives, Founder and CEO of Credo ESG Solutions. Ives started off his presentation with a quick recap of his life, being “just a small-town kid from the woods” who became a Wall Street lawyer. Ives then got involved in money management, where he saw an opportunity to get into cleantech investing and decided to embrace his environmental roots. He teamed up with a childhood friend and sold renewable energy to Exxon — one of the world’s largest publicly traded international oil and gas companies. He then founded Credo ESG Solutions, which provides advisory and full range forward-thinking Environmental, Social, and Governance (ESG) solutions to investment firms and their portfolio companies.

Ives then spoke about SDGs in relation to renewable energy projects. He talked about his Baton Rouge project, which involved supplying renewable energy to Exxon, and mentioned how that project helped work towards SDGs seven, eight, nine and various others as well.

Ives ended his presentation with the idea that private capital can make changes very quickly compared to the government. He also emphasized that implementing SDGs in corporate activities leads to better and more valuable business.

The third speaker was Katie Turner, a local impact investment consultant from Waterloo. Turner’s main focus was women in entrepreneurship and how women entrepreneurs’ role is critical. According to Turner, the climate crisis has disproportionately affected women. However, women climate entrepreneurs are now leaders in addressing climate change, highlighting how gender is a critical part of any effective climate solution.

Turner spoke about how the integration of gender and climate can jump-start climate action, build environmental resilience and unlock huge untapped opportunities. She talked about how women entrepreneurs are disrespected by people around them for no reason and are unable to have their suggestions or ideas heard. She added that it is much harder for women to get financial support, leading to some women even being asked to offer sexual favours in exchange for financial backing.

To conclude her presentation, Turner spoke on the importance of gender equality in climate action. She stated that women comprise 51 per cent of the population and if they aren’t adequately considered, then we’re missing out on a lot. It’s important to understand that women climate entrepreneurs are a critical part of SDG acceleration. 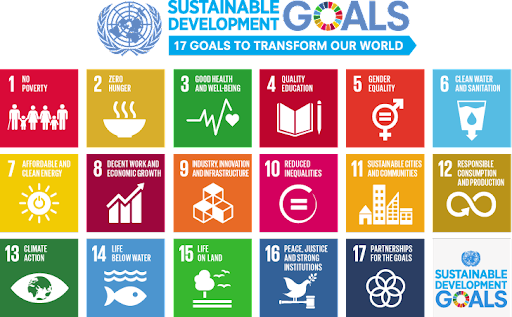 Miley Cyrus is the Batman of music pop culture