By transforming an electric car into a self-driving one, a University of Toronto engineering team — aUToronto — brought home the win for the AutoDrive challenge for the third year, in a row.

“All of us take pride in the work that we have done at aUToronto,” Jingxing “Joe” Qian, Team Lead for aUToronto, said. “The competition results clearly reflect the high calibre and dedication of the team.”

The aUToronto team, composed of engineering students at the University of Toronto, not only earned the most points for this competition but also the most cumulative points for any team over the past three years of the competition.

“aUToronto has been focused on putting together a top-notch self-driving car for three years now,” Keenan Burnett, aUToronto’s Team Lead for the first two years of the AutoDrive Challenge, said. “This win is the result of hundreds of hours of work by our team.”

The scenario of the competition changes every year, but the goal remains the same: to convert an electric vehicle into an autonomous one.

“The goal of this year’s challenge was to simulate an autonomous ride-sharing scenario,” Qian said, “that means the car needed to arrive at a sequence of pre-determined address points and perform pseudo-pick-up and drop-off behaviours.”

Due to this year’s virtual competition format, reaching the final product was not an easy feat and required coordinating a team of over 50 members, working remotely.

“We are located in many different places around the world, so team building and organization becomes extremely important,” Qian said. “We have weekly meetings online where sub-team leads present their updates to the rest of the team, and we have also been planning virtual paper talks and knowledge sharing sessions.”

The competition was also judged remotely, with scores based on reports and presentation, including analysis about the conceptual design, computer simulations, and overall social responsibility of the project.

The second-place prize was awarded to Texas A&M, with Virginia Tech following in third place. Other schools that competed included the University of Waterloo, Michigan Tech, and Kettering University.

The competition has been scheduled for its fourth year in Ann Arbor, Michigan in 2021.

Moving forward, the aUToronto team is looking beyond the upcoming AutoDrive challenge and into the real world.

“We’ve always said we do not want to design a system that is specific towards this competition,” said Qian. “Our goal is to achieve full autonomy under many different scenarios.” 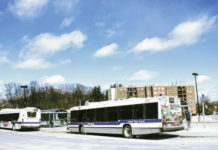 Bus to the future 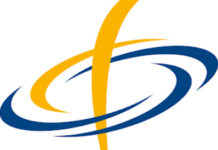