I woke up on election day with a touch of optimism. I enjoyed seeing tweets and posts from American celebrities and personalities, all saying that they voted  —  and proudly so. As the day continued, I read my fill of pre-election evening news and think-pieces, curious about what other people were feeling at this time of heightened emotion. I was in awe of how many people were actively campaigning and getting others to go out and vote because every vote counts. Every voice should matter.

Leading up to the election, I actively followed media coverage and supplementary analyses as closely as possible, intrigued by the fact that the U.S. had let Donald Trump, a rich businessman, continue on as he had done. It was likely the most delicious for the media above all, a cacophony and echo-chamber of “what has he done now?” all across the board.

He ran a campaign on fear, intimidation, ridicule — the list goes on, but he ran a campaign as a bully and a bigot and nobody should try to deny that fact. There should be no validation for people who voted for him with the supposed best interests of the country  — and the world in mind — because I cannot shake the fact that they voted for him knowing what they knew. I cannot shake the fact that this man tapped into a significant enough part of America’s collective consciousness to reveal deep-rooted hatred, disguised racism, and fear of the “other” in order to secure this vote.

It has now been one week since the election that rippled across the world with the subtlety of bulls in a china shop. America spoke and decided that the only way to go forward was to go backwards 50 or 60 years. Maybe even hundreds of years. I’m sure people will tell me that this is America’s problem and there’s really nothing I can do, but that can’t be true, can it? It can’t be that we’re expected just to sit back and contemplate what America has decided for itself while the rest of the world falls in line behind this “great” leadership. I will not listen to those who think that this is an overreaction. I will not listen to those who think that I should have no voice solely because I do not live in the United States.

I still feel as if I’m in an alternate reality. The surreal aspect of this election season has been in its longevity and the constant questions of whether America actually knows what it’s doing. After election night, the cacophony only intensified  — a repetitive chorus of “how did America let this happen?”

I am comforted by this other fact — a fact that I refuse to forget: Hillary Clinton won the popular vote and that still fuels the spark of hope I have in me.  Issues with the electoral college aside, it’s easy for everybody outside of the U.S.A. to believe that this doesn’t affect them at all and perhaps that as Canadians, we don’t share the same values as Trump. As Canadians, we should be aware of our own ugly history looming above our heads. It is the optimist in me that hopes that we have already begun to take significant strides in atonement. In a world more connected than ever, it’s easy to lose ourselves in our own self-curated niches. In a world more connected than ever, we often lack a basic understanding of what it actually means to be a human being.

There will be many people who will say this isn’t about gender or race, that this isn’t about whether the countless marginalized communities feel afraid in their own country. When it comes down to it, I don’t think I’ve ever seen America operating without racism and sexism dividing the country in some way. It is implicit in the rhetoric people use to discredit Hillary Clinton; it is explicit in the blatant shows of racism erupting around the country and the associated violence. There is a call to violent rhetoric and division, ever-lingering from their past. As I’m studying American literature and culture from the 1960s in one of my classes, I feel like the lines are increasingly blurred between the past and present. Our class discussions could easily be translated to the issues that came up during this election and I wouldn’t be any wiser. As an English student, I’m presented with media that highlights the horrors of the past. I believe it’s easy to think that we can be objective and tell right from wrong, but it’s sometimes hard to grasp the scope of how much things haven’t really changed. We’re living a different kind of racism and bigotry; the scope has simply expanded.

It is my hope that Canada can be a strong support system for those who feel marginalized. As Canadians, I hope that we can find some of the values that people have stereotypically assigned: empathy, welcoming arms, contriteness for the past,  and a willingness to make a difference.  I hope that those who have very real fears will be able to find support in the people who can give them a voice. I hope that those who are still able to have a voice can support those who have lost some footing in this arena.

Above all, I hope for unity. Hopefully, one day in the future, people can look back on this day as merely a blip and a starting point for one of the greatest cultural and social revolutions the world has ever seen.

It’s going to be a long four years and I refuse to stop talking about it.

ARE YOU FRIENDS WITH A COMMUNIST ? 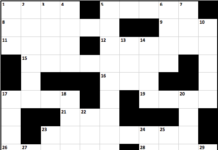 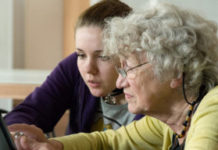