“It’s probably prudent for people to think about what their alternatives will be. Whether that’s rides with friends, carpooling, [or] other modes of transportation.” – Mike Hiuser, GRT Transit Operation Supervisor

If an agreement on their contract is not met by March 19, 644 transit operators, skilled trades workers, and service attendants have voted in favour of a strike. A strike would force approximately 65,000 transit users to search for other modes of transportation.

“We’re in negotiations with the transit unions workers … there is a strike deadline of 12:01 a.m. on March 19 … If we haven’t reached an agreement by then, the union is in a legal strike position. It doesn’t mean necessarily that they would go on strike, it does mean that they are in a position that they could legally go on strike. [A strike] would cause serious disruption to the whole system,” GRT transit operation supervisor Mike Hiuser said.

Hiuser stated that being unable “to negotiate an agreement [would mean] chances are they would go on strike.”

The GRT and labour union have been in negotiations since December 2016.

“It has been a difficult and challenging round of negotiations. But our goal always is to negotiate a new agreement with them,” Hiuser said.

Hiuser was unable to comment on the details of the ongoing negotiations, but did explain that negotiations centered around multiple issues.

“As in any collective bargaining, there is a range of monetary issues, so financial issues related to wages and benefits, and non-monetary issues,” Hiuser said.

University of Waterloo students are encouraged to secure other modes of transportation to get around.

“It’s probably prudent for people to think about what their alternatives will be. Whether that’s rides with friends, carpooling, [or] other modes of transportation,” Hiuser said.

Information on the strike will likely come “late in the day on March 19 [or] early in the morning on March 20, “ according to Huiser. “[GRT will] provide as much information as [they] can to the community and transit customers about what the state of transit service is.”

Transit users are encouraged to check the GRT website and social media for updates on the strike.

“We are relaying whatever information we have the students” Sarah Wiley said, Feds VP of education.

Wiley said that Feds “have been in contact with people at the region, who have told [Feds] that they do not think the strike is likely at this time. They are still in negotiations and they are trying to avoid disruption to the service for students and everyone in Waterloo. They recognize [this] would be a big hassle. So at this time, no, the strike is not likely.”

“There is not a lot Feds can do to accommodate students, but what we have been doing is asking the university to accommodate students academically. Some of the university administration have agreed to do some things about accommodating students academically. So you won’t be, hopefully, penalized because you can’t go to class, because you can’t get on a bus” Wiley said.

Wiley also recommended that students “talk to … professors, as [their] understanding is that the university will be accommodating to this issue.” 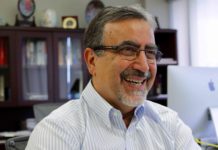